"All the Greeks know what is right to do, but only the Spartans do it."  Plutarch

When painting a Spartan army, the thorniest question you'll face is whether to paint them with lambda shields or without.  There was a time when every Spartan chose his shield design. This was superseded by a policy where all Spartan shields bore the Greek letter L (lambda) for Lacedaemon.  The Lexicon of Photius said Cleon was not the only Athenian terror struck when he saw the lambdas gleaming. From this, we conclude the Spartans were using lambda shields at the battle of Amphipolis in 422 BC.  It's possible the lambda came into earlier use as other Greek city-states were using common shield designs well before that date. Mantineians bore the trident of Poseidon by the mid 5th century.  Messenians bore the letter M, Thebans the club and so on.

Common shield designs may have started when states began providing the hoplite kit. If so, the lambda may have been first used by helots outfitted by the Spartans. From there, usage may have spread to the rest of the army. Common shield designs fit neatly into a narrative that shield bearers are not individual citizen but servants of the state.  And as Photius records, such was the Spartan reputation that enemies fled at the mere sight of their lambdas.  I greatly enjoy the freedom to paint in the broad space between what we know and our best guess. For my Classical Spartans, everyone gets the lambda.

I got these in a blind trade and out of the box, I wasn't thrilled with the Old Glory poses.  Once I ranked them up, I saw they were sculpted to fit 4 figures per 15mm deep base.  I painted 32 bases with bronze shields, 8 in black shields and 8 in red. Once I saw how good black shields looked, I wished I'd painted more!

The mix of brass, black and red shields will help identify in game which units are Spartan citizens and which are the not quite as good perioikoi, free non-citizens who lived and served in the Spartan army.

I can't wait to finish and field the Spartans in our next Field of Glory campaign. My Galatian and Gallic armies are 0 wins and 2 losses in the current campaign.  A good craftsman doesn't blame his tools but I clearly need a bigger hammer.  Here's hoping the Spartans are it.
Posted by Monty at 9:57 AM 51 comments:

Email ThisBlogThis!Share to TwitterShare to FacebookShare to Pinterest
Labels: Field of Glory, Spartan

The 2nd run of British Airborne figures went down much smoother than the first.  The Artizan figures were a treat to paint, with much detail and character.

Specialists:  Sniper, flamethrower, mortar and a sten gunner with binoculars. Which specialist would you rather face?

British Airborne 6 pdr antitank gun by Warlord Games.  It was a bit of a bear to glue up but looks nice at the finish line.  I did mud and splatter it up, in addition to washes.  The base that comes with the kit is  too small so I used a piece of basswood.

Closing out the British Airborne project, I'd like to share a couple of resources on the subject:

1.   "It Never Snows in September: The German View of Market-Garden…"  This superb book is a great companion to Cornelius Ryan's "A Bridge Too Far."  The Germans had nothing but praise and respect for the superbly led and motivated 1st British Airborne at Arnhem.  The Germans suffered from shortages of everyone. Their tanks went in without radios and it cost them dearly.  They had no tracked transports so their 75mm antitank guns were deployed on the shoulder of Hell's Highway.  Every gun was knocked by the Allies rolling barrage during the opening of the campaign.  It goes without saying that the Germans were also suffering from a shortage of men.  One account has an officer leading WW I vets.  Before going in, the vets complained they'd not seen action since 1915.  Highly recommended!

2. Here's a link to a great British Airborne painting guide in PDF with photos of the uniform and kit.
Posted by Monty at 3:15 PM 21 comments:

This is my first time participating in Sofie's Paint Table Saturday. We have a Field of Glory campaign going and with frequent games, I was inspired to expand my stable of ancient armies.  At Bartertown, I found a cheap 15mm Spartan army.  Once I glued all the hoplites on Popsicle sticks, I realized this'll be more work than fun due to the sameness and repetition.  There are 200+ hoplites, 6 to a stick x 36 sticks. What was I thinking?

I then spent much too long reading about and weighing the merits of the Lambda versus unique shield designs.  I'll save my argumentative essay for a future post but in the end, I was convinced that I could, no, should use Lambdas for the shields of my classical Spartan army.

In 7 hours, I painted 96 figures to completion with base colors, a wash and selective highlighs, with 2 tone Lambdas on the shields.  To differentiate units, the 2nd batch will be painted with black and white shields. 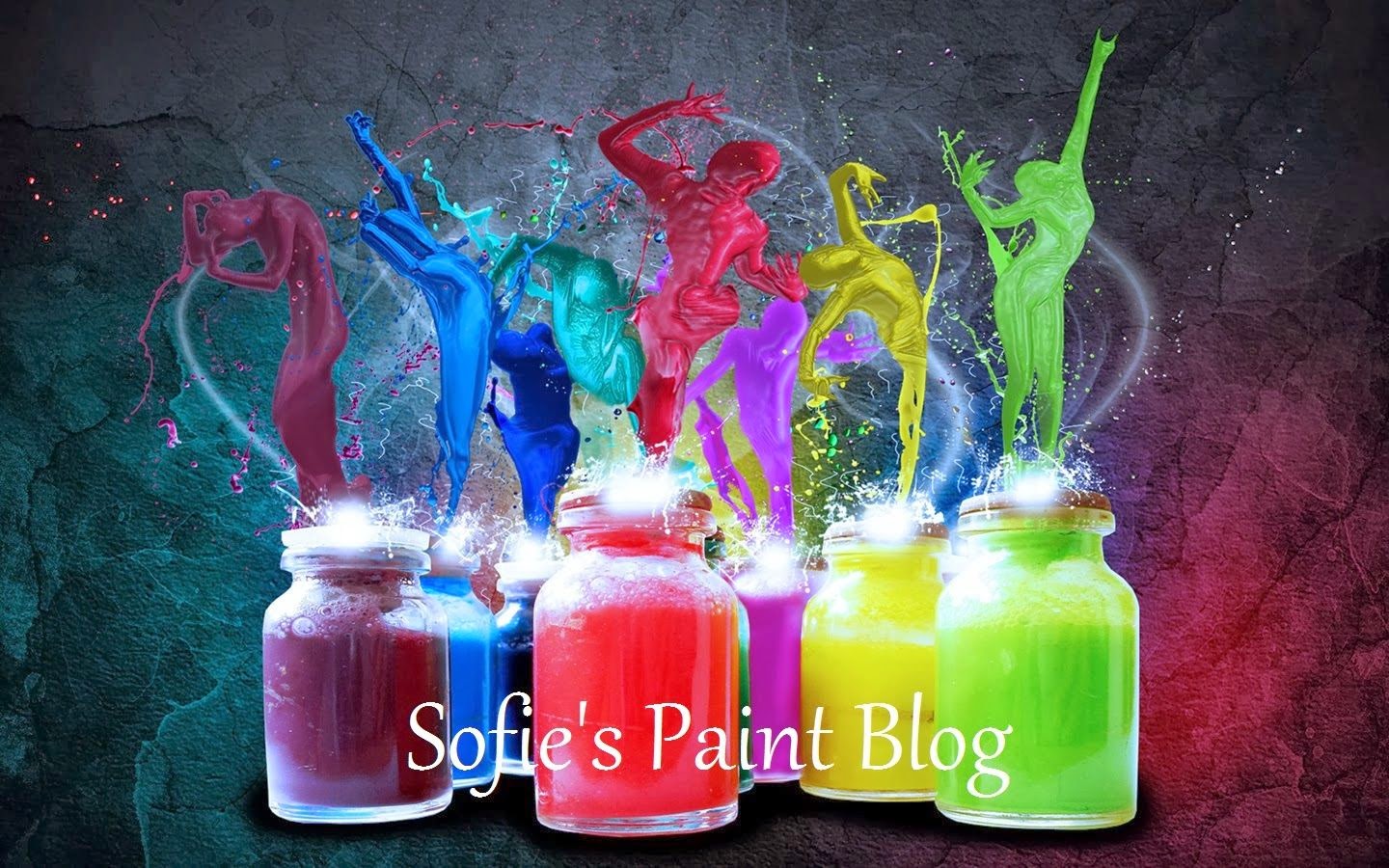 I love M & M candies.  If I eat them straight from the bag, I keep going until I feel ill. That's how I feel right now.  Too much of anything puts you off, so it's time step away from the painting table and get some fresh air.  What is that bright orb in the sky, has it always been there?

Have a great weekend, wherever you are and whatever you do!
Posted by Monty at 4:44 PM 38 comments:

Email ThisBlogThis!Share to TwitterShare to FacebookShare to Pinterest
Labels: Field of Glory, Spartan

Chain of Command - in with both feet

My friend Hugh and I are going to try Chain of Command just as soon as I finish painting up British Airborne.  I've had these fellows on the table since November but the thought of painting Denison smock put me off.  The camo on the smock was randomly applied, and as a result, every tutorial and painter has a different take on how to paint Denison in 28mm.

My conversation with myself while painting Denison went something like this:

This is my first crack at painting WW II.  It'll get easier  and faster as I get more reps under my belt. Denison version 1 was applied to a Foundry test figure.  I used a banding technique but it didn't look quite right so I quickly changed to v2.  v2 went on the Warlords Games British Airborne HQ set below.  I tried multidirectional angled bits that slopped over each other.  These looked better but the Army Painter soft tone wash obscured the camo.  Lets hope the 3rd time is a charm!

v3 went on a set of Crusader figs with a diluted AP wash.  Success!  They took paint very well and the camo looks decent.  With a painting scheme under my belt, it's onto some lovely Artizan figs.

For me, it's important to find a partner before starting new painting and gaming projects.  With one in hand, I'm into Chain of Command with both feet! We have yet to get our first game in and already, we're plotting out other armies and fronts.

The painting scheme is tucked under the fold.

Up today are Great Escape Games new figures for Dead Man's Hand.  I normally stick to a First in First Out, or FIFO system for painting but these were too lovely to queue up.  So for this week, it's LIFO!

First up is the Preacher, inspiration drawn from Clint Eastwood's character in Pale Rider.  He's a key figure in one of the new DMH scenarios and yes, he's just as tough in the game as in the movie.

Next up is the undertaker set.  Funny thing about painting the dead...it's not as easy as it looks! It took a few tries to get the skintone right and I eventually settled on the lightest fleshtone, topped with a purple wash. All the while, I was while singing "Streets of Laredo."  Poor cowboy, where did you go wrong? Challenging the Preacher to a draw was a poor idea.  The coffins are by Frontline Wargaming.

Last up are the dead.  There's a set for each of the four factions in DMH.  I did check my painting from last fall to match the color schemes.  It seems I've found a reason to start keeping a painting diary.

And here's how they looked last weekend, with British paras waiting impatiently in the background.

DMH is quickly learned and played, going well with a beer.  The 2 minor scenes building up to a Big Showdown is simply brilliant. You can lose both minor scenes and go into the showdown with only a small handicap. The scenes are a great way to build a narrative and suspense.  What's not to love?

I can't wait to get these figures on the table today.  Every time Hugh brings DMH out, we get a steady stream of admirers. Win, lose or draw, it's great to meet fellow gamers, tip a beer and get a game in.

I'll close today with Marty Robbins' "Big Iron."  His album, Gunfighter Ballads and Trail Songs, is perhaps the greatest collection of Western songs ever recorded.  +5 points to the artist who donned the album cover in pink!