I've painted and played 3 Gallic armies in the last 4 years. They were the first army I ran in our local Field of Glory group and they were an exceedingly poor choice for these rules. Average, undrilled and outclassed by nearly everyone in their era, my Gauls were like Milk-Bones in a dog pound. Everyone wanted to play my Gauls and why not?  I lost over and over again.  When the beat-downs became too painful, I sold the army off to a good fellow in Australia.

Within a year, I painted Gauls for Impetus and that was a great change-up.  They were fun to play under Impetus and the extra "impetus" dice in impact gave them a fair shot every time out. Unfortunately, Impetus didn't catch on with our club so I sold these off as well.

The FoG v2 update made Gauls slightly less rubbish and that was enough incentive for me to paint them once again, this time sans pants. At the time, I was getting army lists and tips from a father and son FoG tournament team and I'd hoped to leverage their knowledge into success on the battlefield. I also read the rules repeatedly and kept a folder with ideas for running my Gauls.  I had some success initially but then my opponents started neutralizing my large units of heavy foot with loads of terrain. In our 2014 campaign, I managed a single win and it was a lucky one at that. Updated rules + new Gauls  =  the same sorry results. Once again, off to market!

My FoG customers all passed on the Gauls when I posted them for sale, confirming how poorly they're thought of.  Oh, the shame of being unwanted.  Luckily, I found a buyer who wanted this army and a lot more. Mustering off the table are 32 bases of medium foot, 16 bases of light horse and archers to buff out the Gallic army. They'll face off with a large West Wind Roman army I'll be painting in January. The Gauls will run under a tabletop adaptation of Command and Colors Ancients, meaning they have a fighting chance! 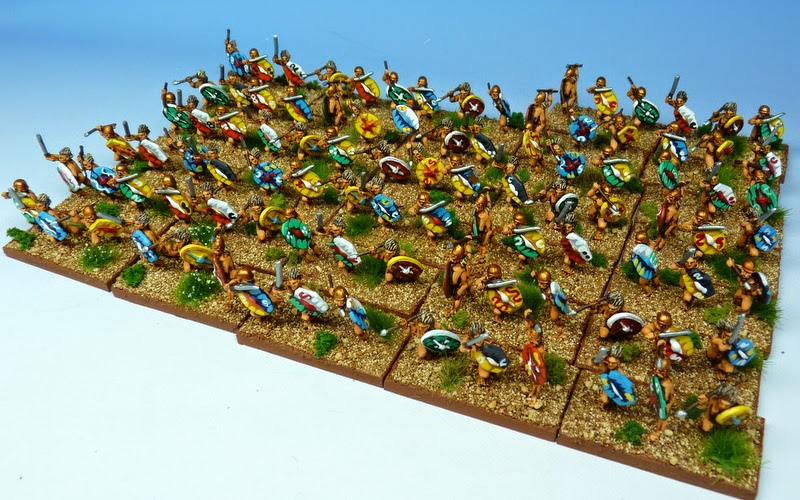 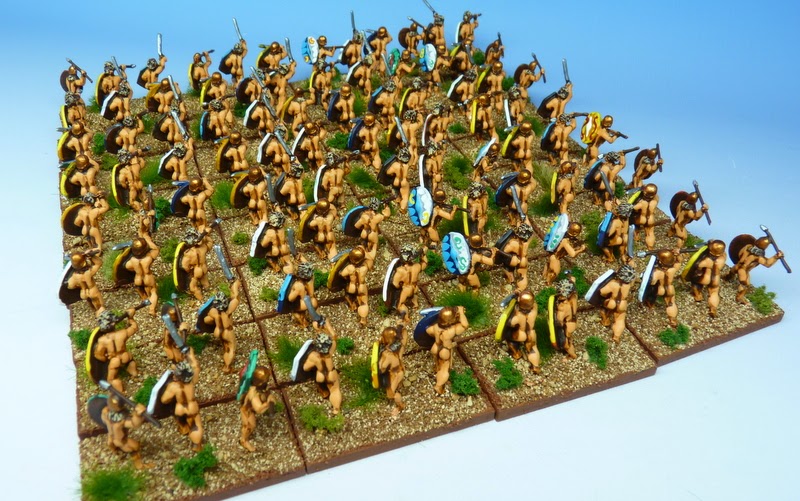 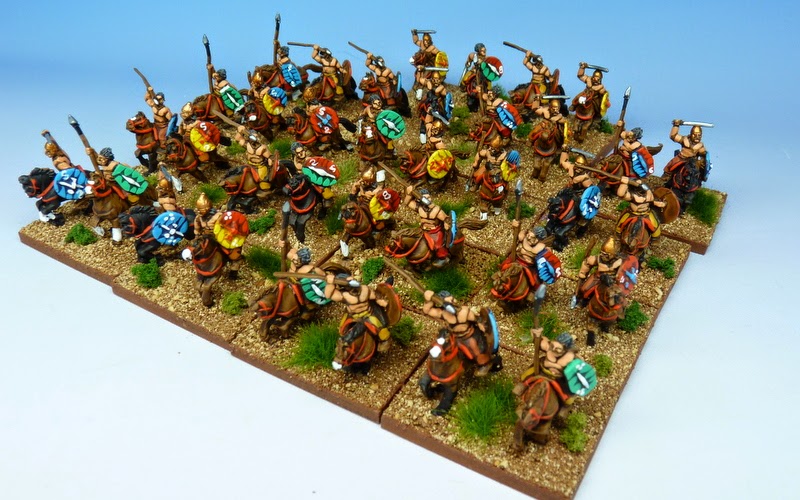 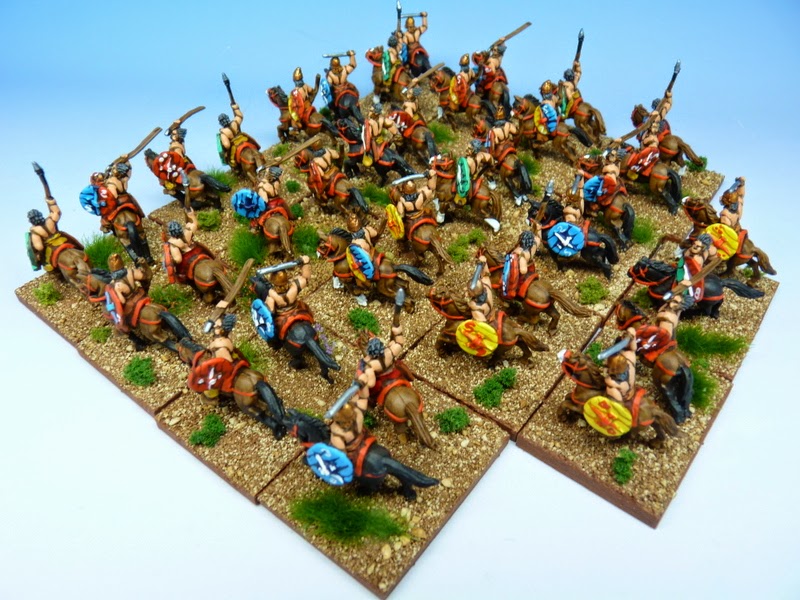 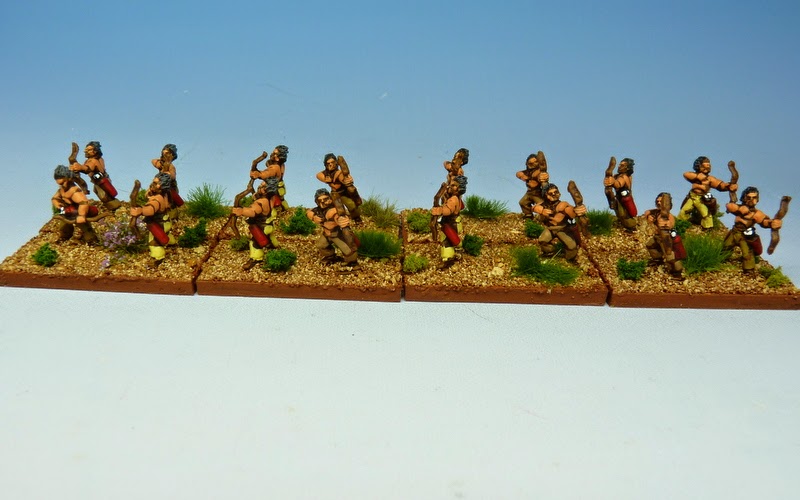 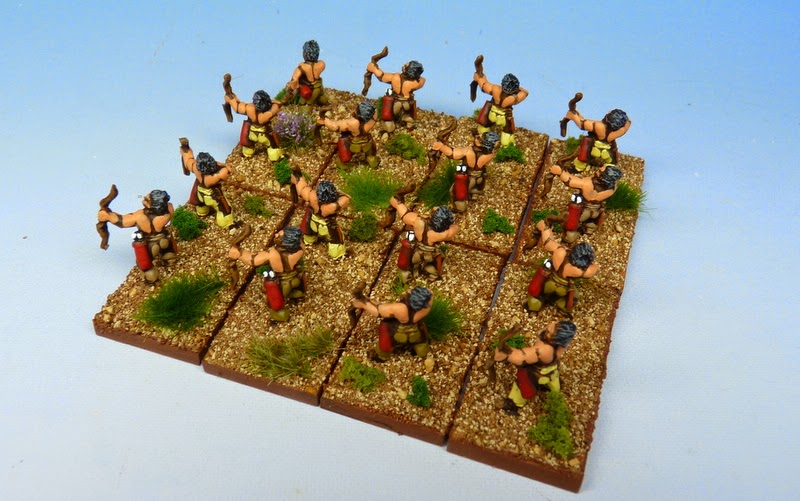 To close out the third and final chapter of my Book of Gauls, here are pics from their sole victory this summer. A heavy foot army has slim chances against a shooty, mounted foe. Here, I managed to steal a victory when my Gallic cavalry decisively beat armored Steppe cavalry in impact and melee too. The Steppe cavalry wing broke and ran after their General died in combat. Meanwhile, my Galatian foot spent the game slogging across the table and soaking up arrows.

Reading about the Gauls, planning a Gallic army and and painting them up was great fun. Playing them in FoG is painful so I won't miss that a bit. Goodbye Gauls and good luck on the West Coast. Before stepping out in the California sun, do put on some sunscreen, or pants! 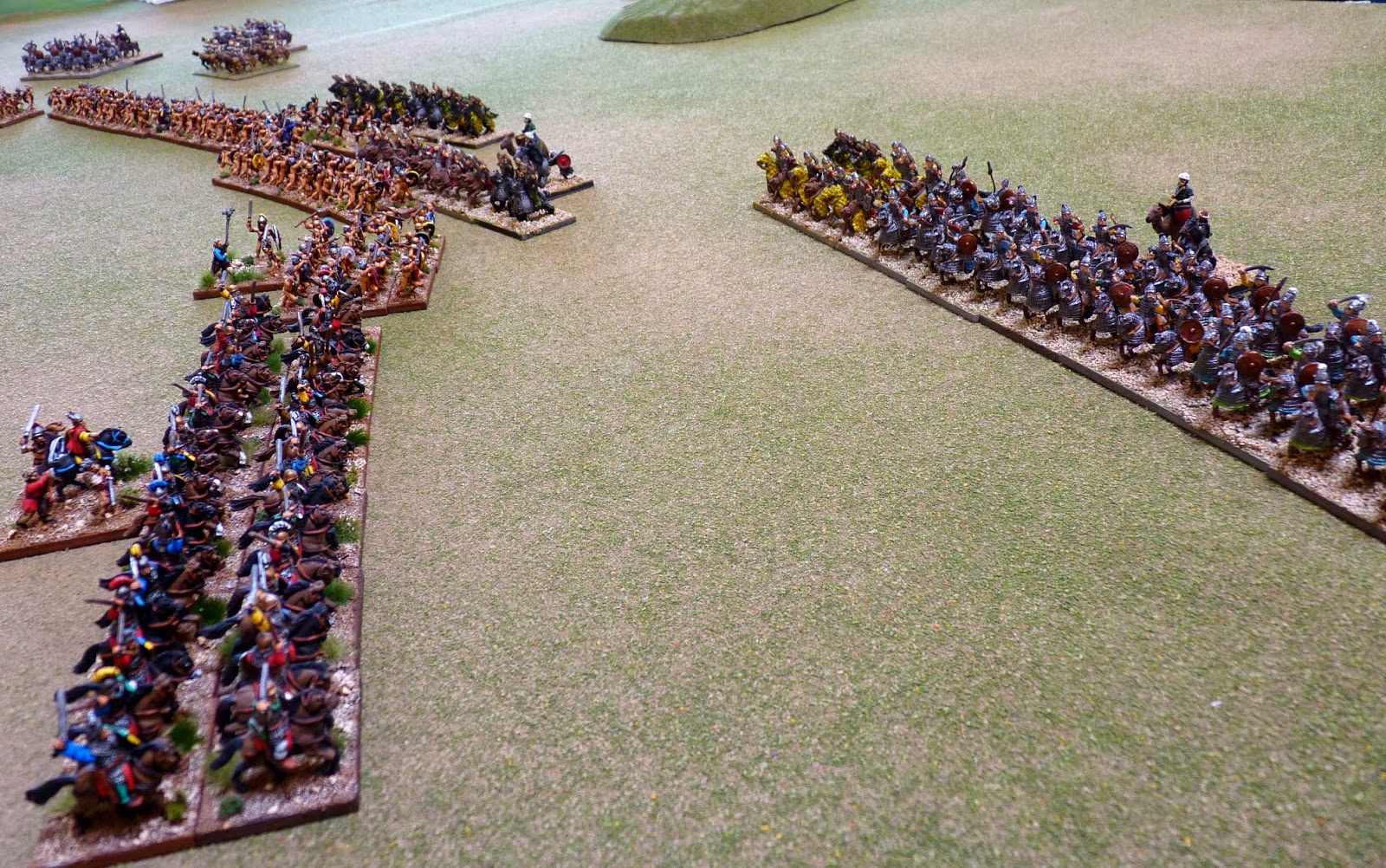 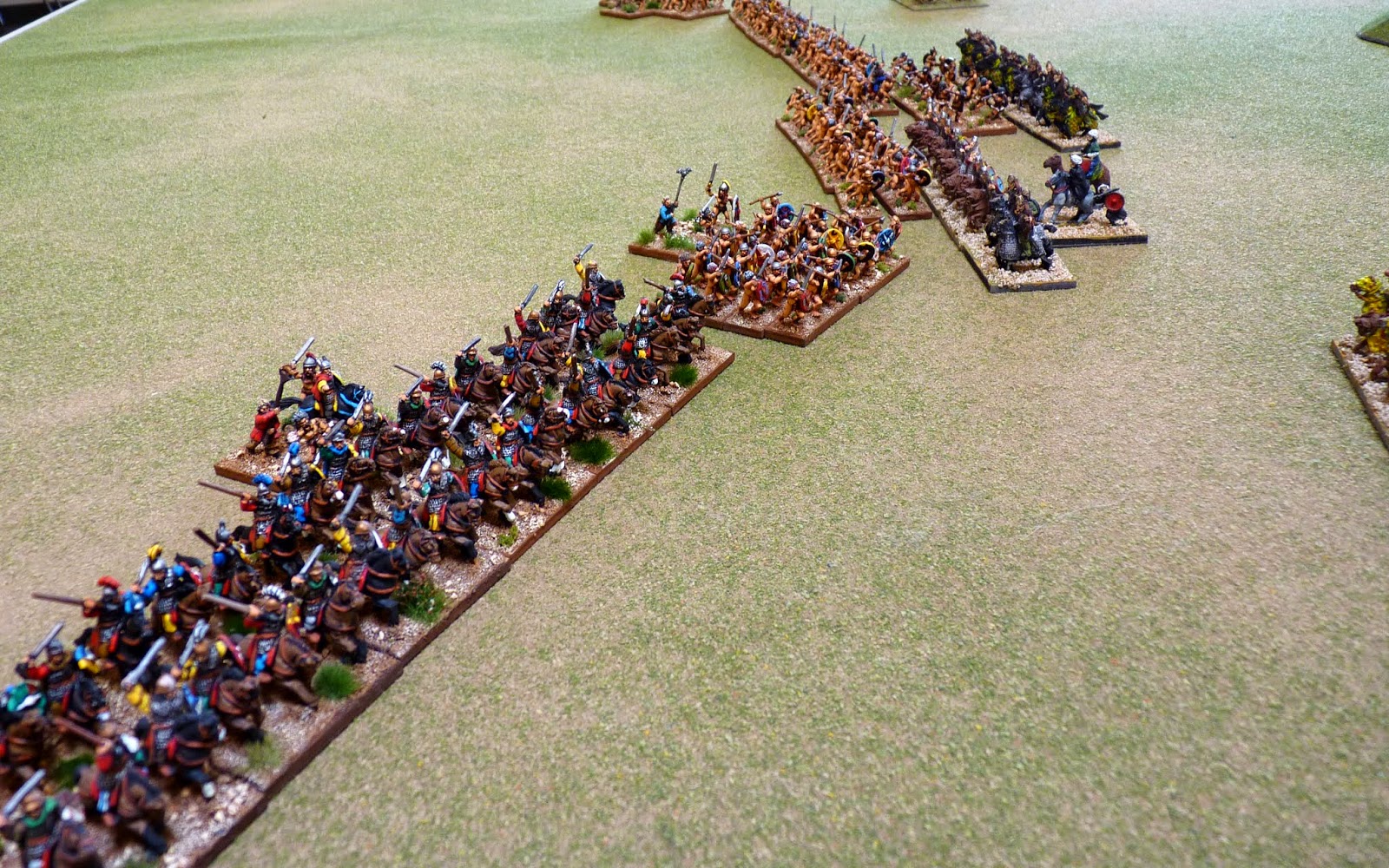 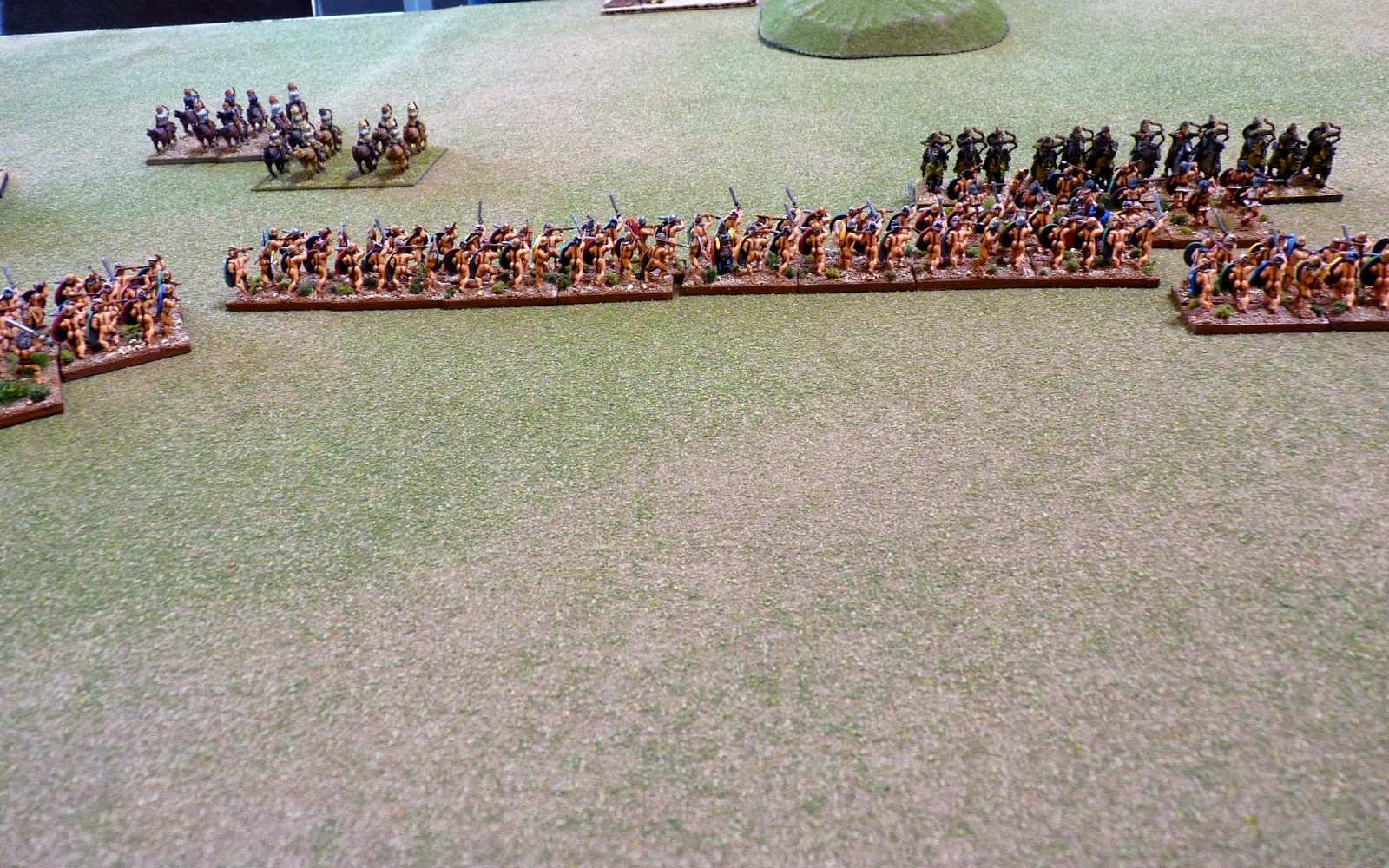 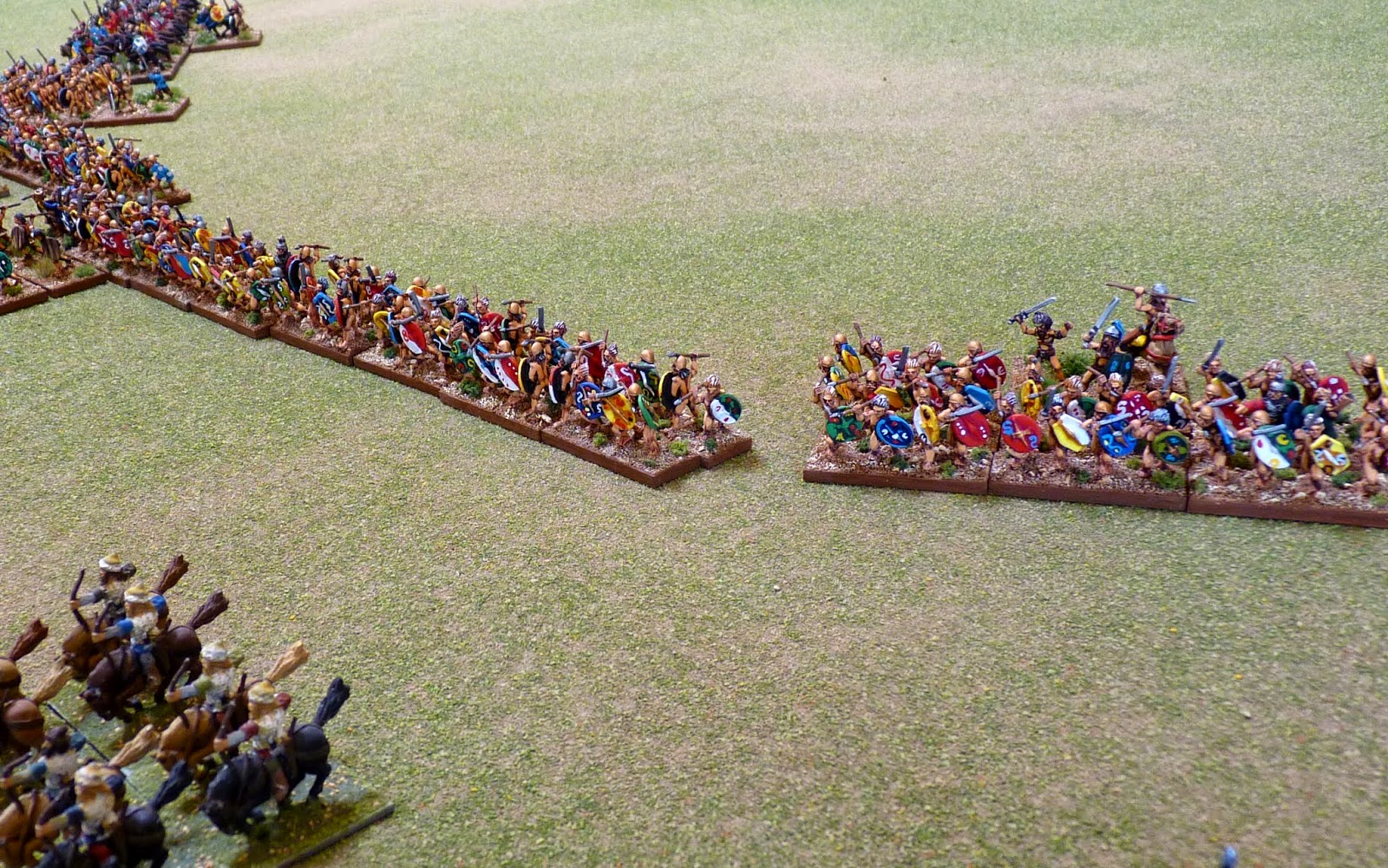