Every project should start with a good deal of planning. Upstream planning prevents downstream headaches, like discovering your army is too small or the troop mix is not quite what you need.  In case you haven't noticed, I'm lecturing myself.

When I painted up my Mid Republican Romans in January, I went small. I was eager to move on and paint my  Pontics so I quit the Romans early. As my Pontic army grew, I realized I needed to circle back and buff up my Romans so that they could be the equal of the Pontics on the field of battle.  Smack in the middle of my other projects, I stopped to order up and paint Triarii, more Hastati, Pricipes and Velites so I could field 3 large legions in Impetus. The upside is, they do look sharp all massed up!  Corinth, bar the gates.  The boys are back in town! 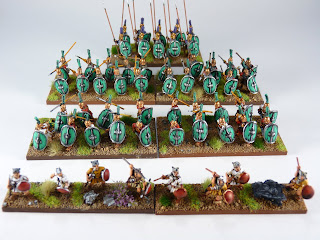 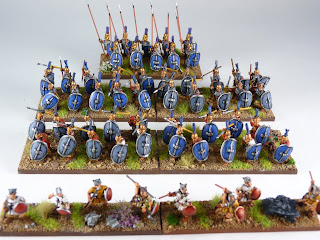 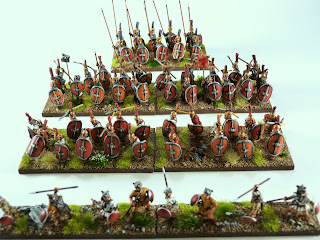 Firemonkeyboy posted photos of his excellent command stands for his Impetus army.  The rules don't require them but I liked the look enough that I did the same. Like the Romans used to say, in for a Solidus, in for a Denarius! 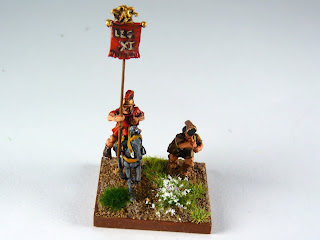 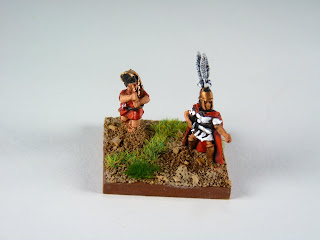 Roman camp, 3 legions and now command stands...I declare the Roman project finito. And we'll exit to the exquisite harmonies of Cindy Wilson and Kate Pierson singing "Roam." Seriously, there isn't a lot of Roman themed pop music that I could think of so this will have to do.

Last unit up are Persian Xystophoroi cavalry, representing the elite Pontic heavy cavalry.  The Impetus Pontic list allows a "Heavy Cavalry" option so you have leeway in choosing figures to represent this unit.  I chose Xyston's Xystophoroi to emphasize Mithridates' Hellenistic bend.

These scupts are phenomenal, packed with so much detail that they tested my painting abilities. I believe they are the best 15mm figures I've painted to date.  I generally find triads in 15mm a time consuming technique that doesn't pay proper dividends but the capes on these fellows are the exception to the rule. Just like new parents can't wait to show off their baby, I can't wait to show off mine! 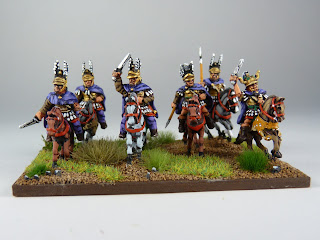 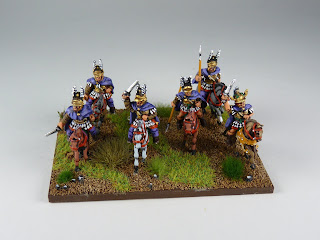 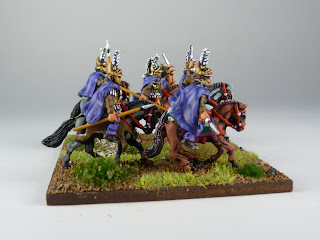 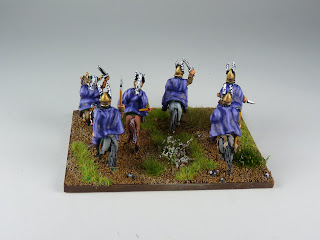 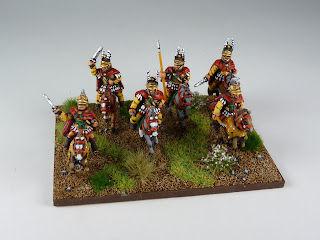 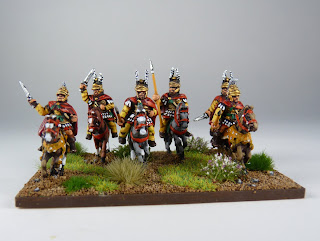 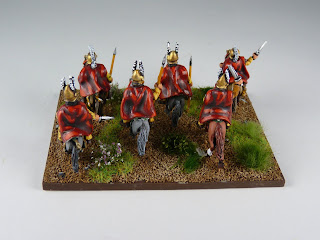 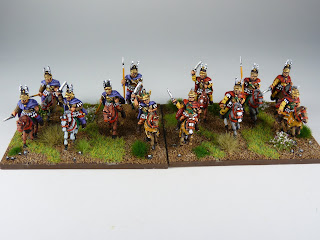 The Pontics are the Swiss army knife of 88 BC with loads and loads of options!  At the finish line, my Pontic army is:

I like to close my projects with a musical number.  Mithridates went to war with Rome 3 times in his life so  I leave you with War "Why Can't We Be Friends?"

The Scythians were yet another nomadic tribe that served in the Pontic army. Known for their prowess on horseback and with the bow, they frequently raided the Greek city states on the Black Sea. The requested Pontic intervention to deal with their Scythian neighbors.  Not one to let an opportunity to expand slip by, Mithridates sent his navy, army, and general Diaophantus to subdue them.  The Scythians eventually agreed to become allies of as did .  With this pacification campaign complete, Mithridates enjoyed "almost inexhaustible supplies of men, grain, gold and raw materials."  Adrienne Mayor, "The Poison King." And  Mithridates would need every bit of it to go toe to toe with Rome. 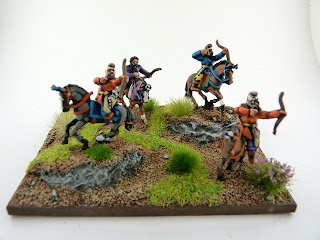 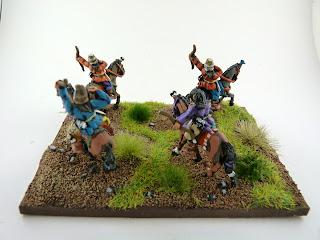 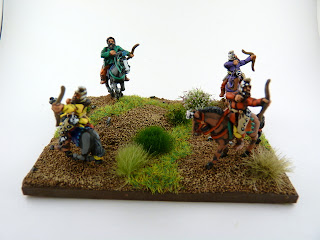 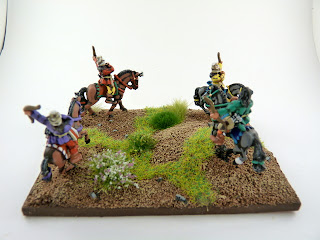 Figures by Xyston.  I was liberal with color selection but truthfully, if the Scythians of 88 BC were still dressing like it was 400 BC, I didn't do them justice.  I was working under the assumption that by 88 BC, they'd progressed past their "Liberace" phase.

The Rhoxolani were a Sarmatian people that migrated toward what is now the Baragan steppes in .  The historian Strabo described them as nomads.  The Rhoxolani were defeated by general Diophantus in Mithradates' Crimean campaign and subsequently came over to fight with the Pontics against .  There is a small mention of 100 Sarmation cavalry distinguishing themselves in the First Mithridatic campaign.

These horsemen wore scale armor made of metal or horn and fought with a long two-handed lance.  It's worth mentioning that they must have been great horsemen to ride a galloping horse with (a) no hands  leaning over to one side with a two handed lance (b) no stirrups (c) you and the horse each with armor.    They were fierce in combat and impact.  Thus, in Impetus, they're rated as Impetuous and throw 9 dice on impact.  That fistful is almost what you'd throw as later period Knights. 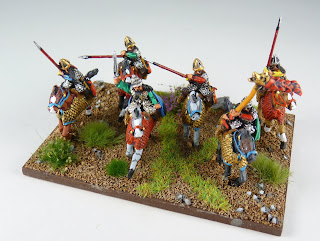 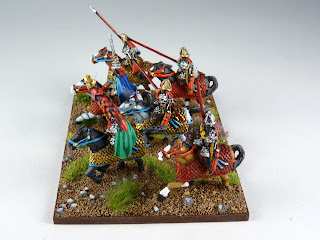 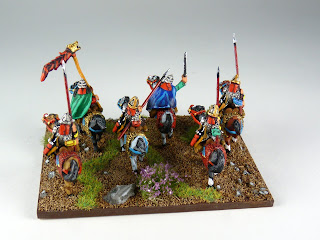 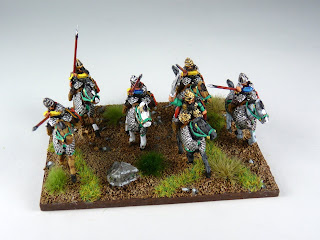 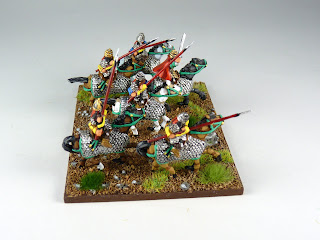 Let's wrap up with some artwork for inspiration.  Now, which way do I point the sharp end? 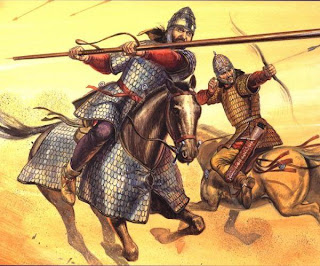