Our TOs Eric and Paul raised the bar again at the US Saga Grand Melee.We've got a core group of 30+ folks who turn out each year.  It's always great to catch up with old friends and make new ones.

Day1 in the doubles, I played Bill Thornhill and his lovely Goth army.  Bill and Ryan were kind enough to share drinks with us over our game. That was a theme throughout the weekend and I never did get thirsty.

In the Singles, my Goths were a wrecking ball. With 5 games under my belt, I managed to finish 2nd only to Andy Lyons and his Picts. In a Saturday night game, I beat Andy's Picts in 2 turns! Coming in 2nd was grand but beating Andy was, how shall I say this...sublime. Over the long weekend, I got in  a personal best of 14 games of Saga including a v2 game.  My brain was quite tired and happy by the time I started my long drive home.

The rest of my post is a bit of a photo dump.  My camera struggled this year so if your warband doesn't show up, apologies! 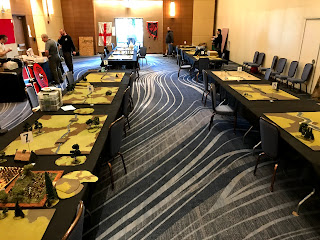 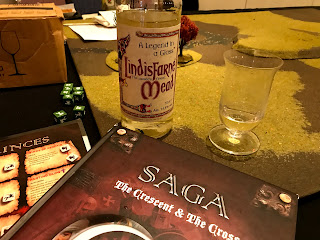 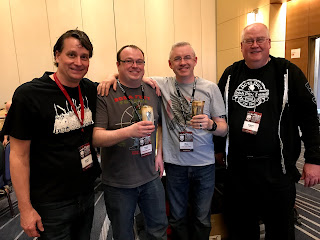 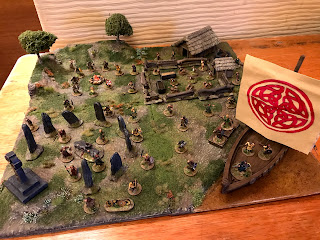 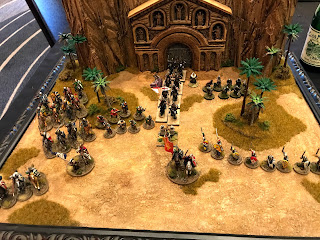 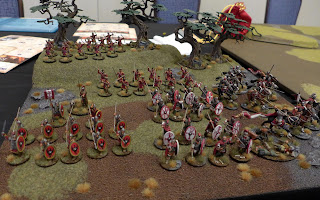 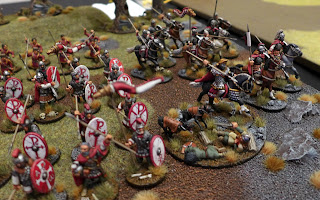 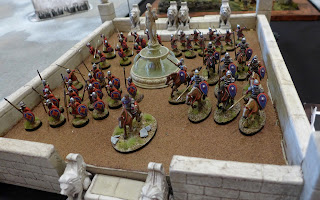 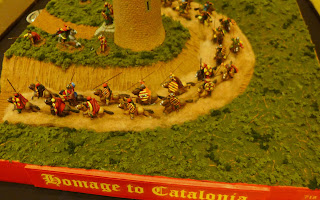 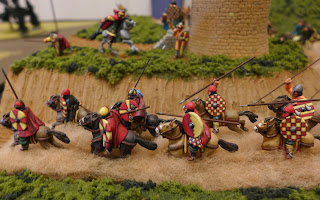 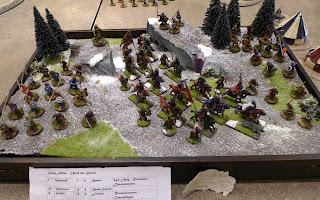 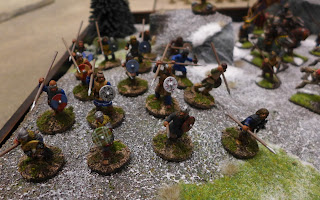 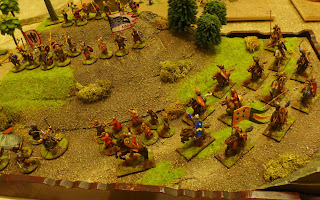 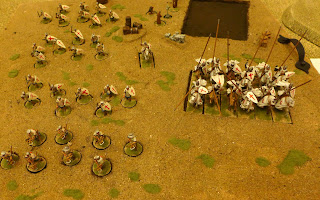 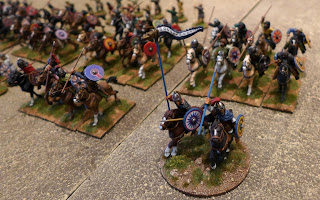 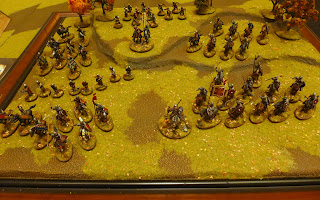 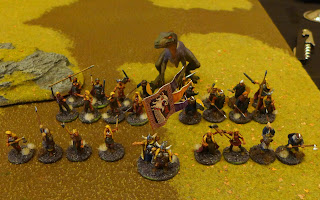 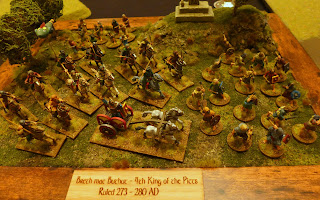 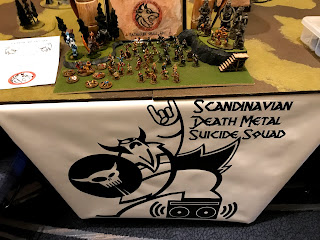 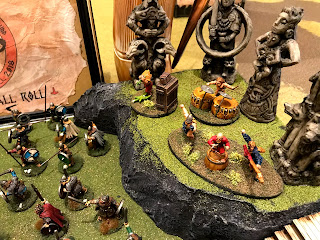 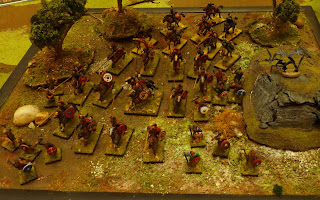 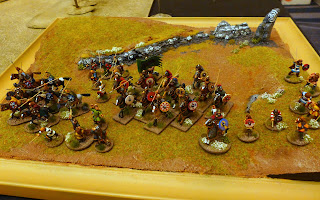 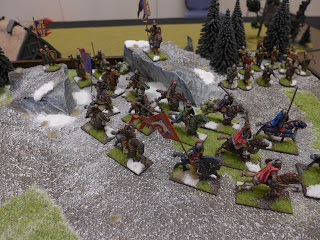 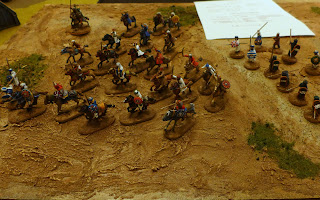 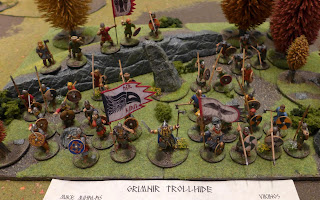 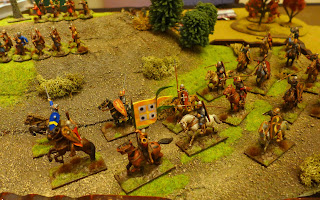