These lovely figures are the "Daughters of the West" set by Great Escape Games.  Each is a character in her own right and that made these fun to paint. Its hard to come up with a back story when you're painting 70 figure warbands for SAGA but it worked for me here. 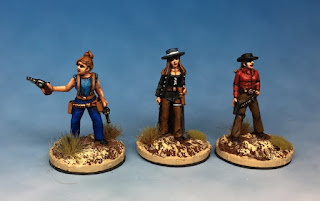 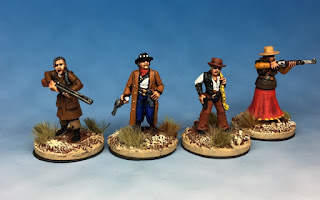 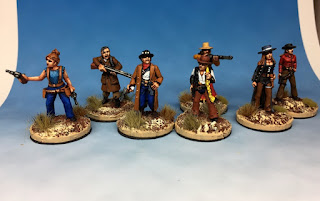 These fellows are part of the Dead Man's Hand Rogues collection.  Speaking of a story, the Preacher looks to be channeling the abolitionist John Brown.  I can't wait to get him out on the tabletop, even if it is just for a bit of color in a gunfight. 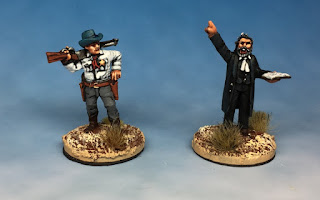 My friend John Stentz hosts a Halloween-themed game of DMH every October. We played  "Dead Man's Hand, Dead Again" with Cowboys versus Zombies last year. This  year was "Night of the Undead Man's Hand" with Outlaws versus Lawmen versus zombies.  You read that right.  Each turn, 3 zombies spawned from a grocery store in the middle of the table and moved to the sound of the nearest gun!  It was a target rich environment with Oktoberfest beers, pumpkin pie and lots of laughs. It's a testament to the game that 3 years on, Dead Man's Hand in still in  rotation and I'm already looking forward to our next Halloween showdown. 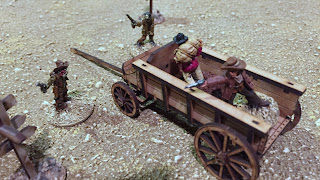 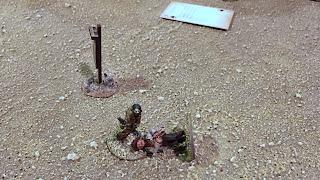 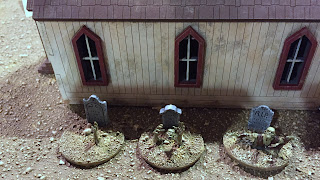 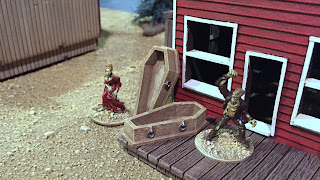 I've got two new SAGA warbands under way. The US Grand Melee is next March and I've got 4 months to paint and train up with a new warband.  I'm split on taking the Spanish or Mutatawwi'a. Whatever I take, it'll be another epic event, courtesy of Eric Hagen and all the great players who turn out. This gaming life is a good one!