After painting Late Romans and Picts, I decided to paint another "Enemies of Rome" faction for my Saga stable.  Bonus, I can run both sides in a Dux Britanniarum campaign as well!

I planned to take this warband to the Saga US Grand Melee at Adepticon in March.  Unfortunately, I've lost every game I've played with them. The Saxon battle board is composed of small, subtle plays and many of them are conditional.  Winning isn't everything but this has become a bit ridiculous! Looks like its back to the drawing board with 6 weeks to go.

I used a mix of Westwind Productions and Footsore for this warband.  The Footsore figures are stellar as always and the Westwind figures as well.  I liked the variety of headswaps Westwind provided.   It does work well to bring a nice amount of variety to the bunch.  Westwind figures are a bit larger/chunkier than Footsore but still mix well.  Sharp-eyed historians will notice the rugby shirts.  My Saxons have a raid and trade relationship with their Frisian neighbors.  They love to look stylish, what can I say? 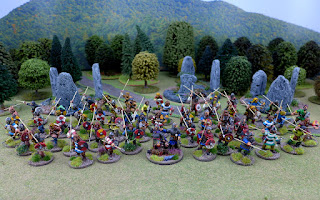 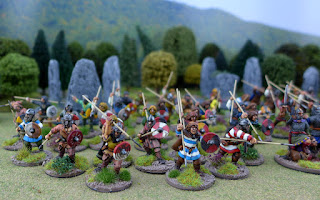 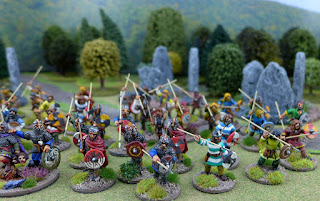 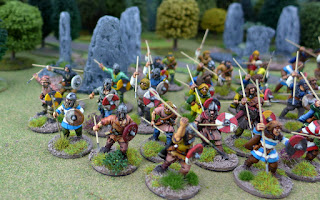 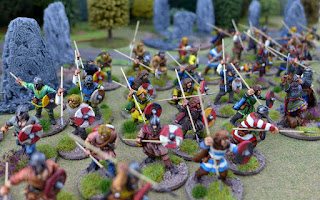 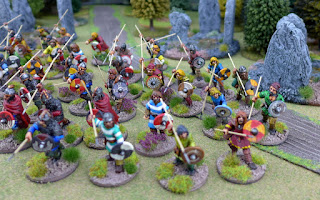 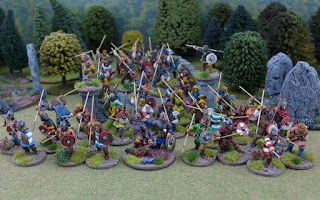 The warlord is Penda the Pagan by Gripping Beast and his hearthguard are all Westwind. 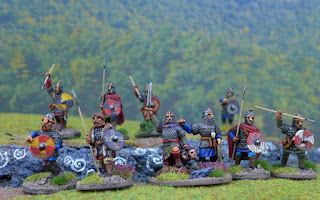 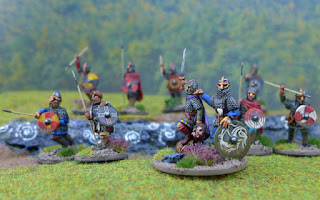 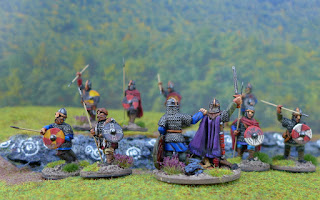 Below was my last drop of Saxons.  I went all in & added more Frisian striped shirts along with levy archers for an Age of Wolves campaign.  The archers and striped shirt warriors are Footsore.  The Saxon "killers" are Gripping Beast and the totem is from Etsy. I can imagine my Saxons yelling out from their storage box "I coulda been a contender!"  To which I'll reply, "Maybe in Dux Britanniarum, maybe in Dux B." 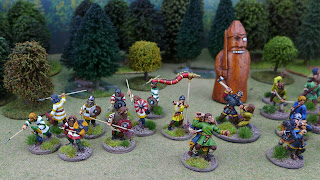 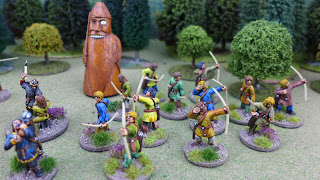 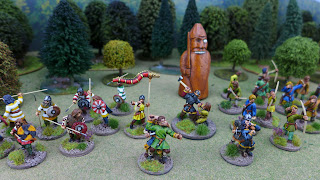