Curse of Dead Man's Hand, Round 2

Here's another drop of new gangs from Great Escape Games.  The front row is the Magnificent 7 and behind them, the Malevolent 7.  Ranked up, it's a pretty awesome look.  The Magnificent 7 will also pair well in a showdown with the Bandito gang. 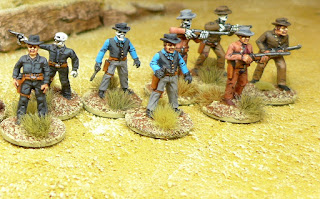 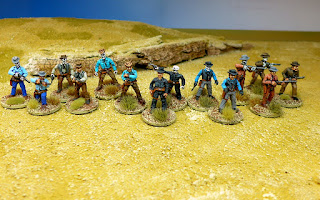 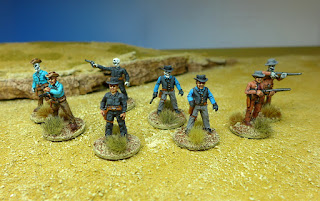 I also finished up the Mountain Men set.  I love the beardy fellow who looks like he just carved "I kilt a bar" into a tree with his Bowie knife.  The Longhorn steer are for in-game color.  To round out the bunch, a Buffalo Man and a Mountain Lion who are part of the forces of good in Curse of Dead Man's Hand. 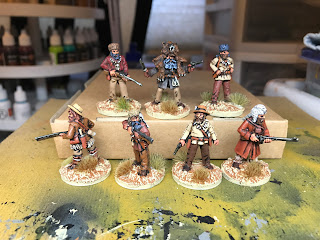 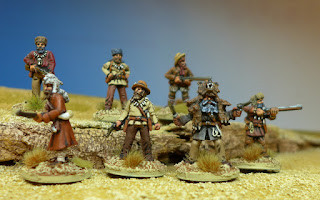 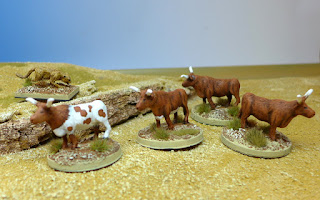 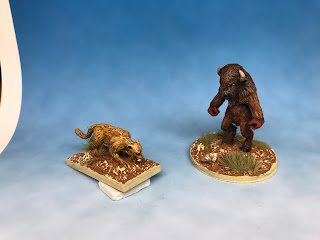 It's another fine set of figures by Great Escape Games.  While clicking through their web store, I saw they had WW II Romanian army figures presorted for Chain of Command.  After mulling it over for 5 minutes, I decided Romanians will be my next Bolt Action/Chain of Command army!
Posted by Monty at 6:51 PM 16 comments:

My friend Hugh and I put Curse of DMH on the table for the first time and I was reminded again that we need to keep this fun game in rotation!  Pro tip for those who play, you can't use standard gunfight tactics against the undead.  Being a slow learner, it took me a few losses to sort that out! 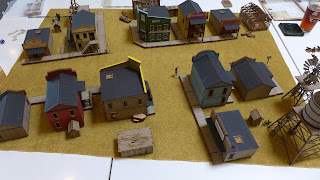 Scene 1 saw 2 Wendingos loose in the town.  They can race across the table and excel in hand to hand  combat as my poor cowboys quickly discovered.  I lost this round quickly! 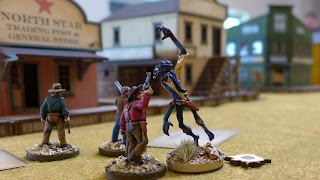 Scene 2, the undead turn up.  While slow, they attack en mass.  They too are great in hand to hand and mouth to hand combat.  My cowboys went down in a sea of dead flesh. 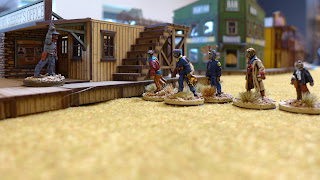 Scene 3, it dawned on me that I needed to change my tactics.  Starting near the gallows, I decided to make a stand on the platform and use height to my advantage.  I kept a "blocker" on the stairs and used my collective firepower to take down the undead, one by one.  It was a good idea but undead Ned Kelly is a hard to kill tank.  He went on a tear and soon it was down to 1 undead versus 1 cowboy.  Unfortunately, I missed with a sawed off shotgun at short range and lost again! New tactics, same results. 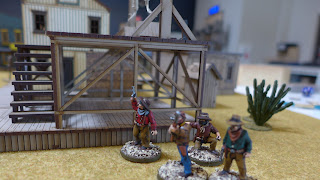 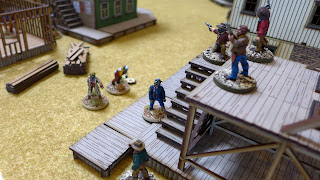 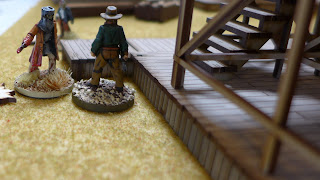 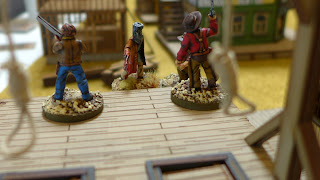 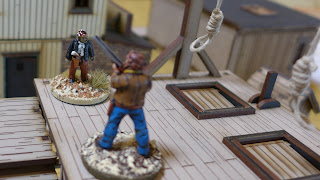 Scene 4 , things heat up.  The Baron is in town with a gang of beasties.  To make things worse, the Baron can bring my dead cowboys back to life to fight for his side!  Hardly seems fair but then life isn't fair.  Early on, I tried to jam the baddies by covering the windows and doors of a building they were moving through.  The Baron had a surprise ability to move everyone at once quickly and in one go, it cost me most of my gang! Down to just my shotgun fellow and desperate to make a play, I spotted a move that let me take a single shot at the Baron .  With shooting modifiers, I needed to roll a 20 to get a kill and save the game.  If I missed, I'd be swarmed by monsters.  I threw my die, looked and laughed.  I rolled a 20 to win!  If you can't be good, its good to be lucky! 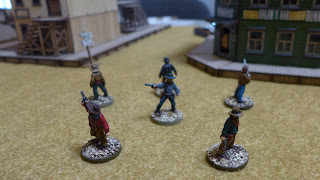 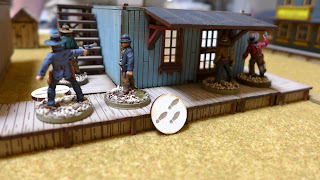 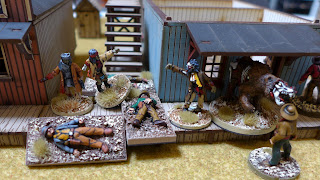 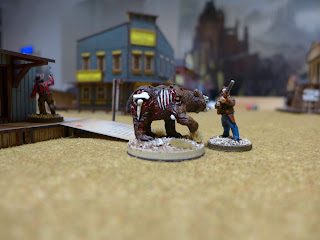 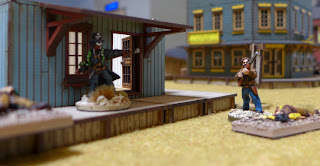