Necessity is the mother of invention, and experimentation too.  I'm attending two SAGA events that allow Dark Age warbands only.  I  sold my Saga collection recently, save for the Late Romans. I scrounged and based up every unpainted Dark Age figure I had left including a box of plastics. The 24 levy and 48 warriors can run as Vikings, Anglo-Danes or Anglo-Saxons. Score!

After talking to local painters, I decided to paint using mostly washes and inks. My test run of 24 levy turned out well enough I kept at it. 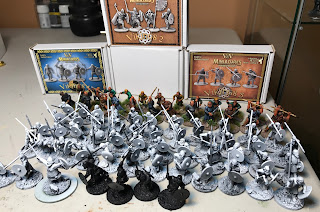 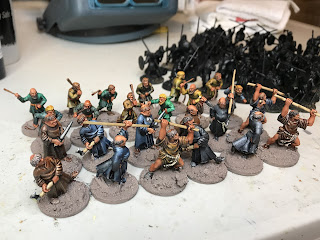 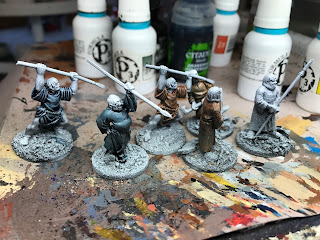 The key is Zenithal priming which is a fancy way of saying "Prime black & dust with white from above."  The washes and inks work off of the primed-in shadows to achieve a nice tabletop standard. Mind you, this was my first time and I was spit-balling. 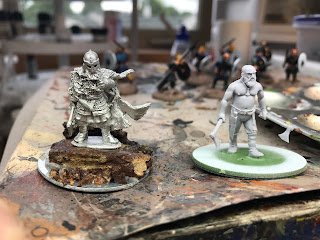 I picked a Footsore Viking (not yet available) and a resin V&V Miniature for my warlord and warrior Priest. The Viking is a Bill Thornhill sculpt and V&V fig is equally stunning.  Who goes into battle shirtless and without his helmet? THIS GUY! These figures are additional proof of the Golden Age of Gaming we live in.

I never found a wash or ink I liked for skin so I used Foundry Flesh combo 5A, B, and C.  I applied 2 highlights before washing them down with Citadel's Reikland Fleshshade.  I'm happy with my results. 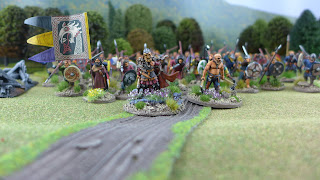 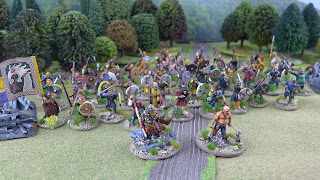 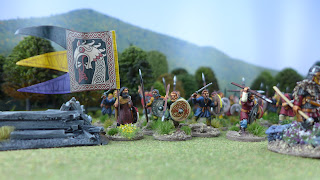 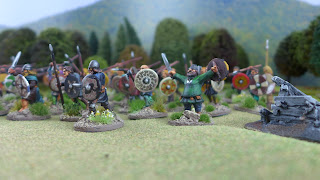 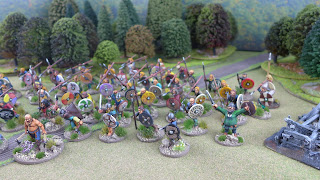 Below is the Alternate Ending of the Battle of Stamford Bridge.  Is it just me or is the Viking in green with his arms outstretched one of those guys who photobombs every pic? 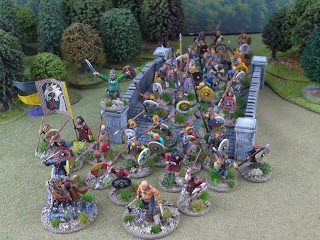 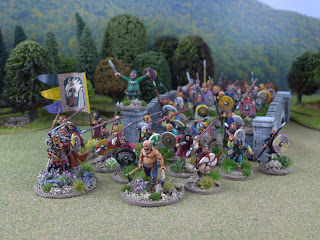 The levy were shoved out of the group photos above so they gathered for their own picture.  They'll be key when I run Anglo-Saxons and perhaps even useful for the Anglo Danes.  My blogging partner Rodge has run Anglo-Saxons for years so I'll check in with his Youtube Saga Thorsday series for advice. 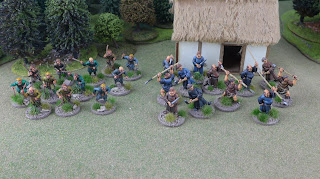 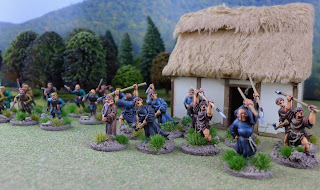