Footsore's Late Roman archers give me another look for my Late Roman warband. Ideally, I'll run them as a 12 pack of warriors with a banner.  With an armor of 3 to shooting and melee, I'll have to hide them away from the enemy. 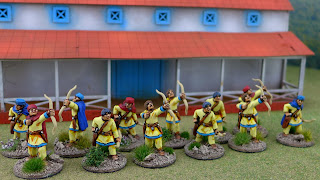 Looking for any excuse to paint  my Footsore's Attecotti warriors, I decided to use these as mercenary Scouts in my Late Roman warband.  If you're considering an Aetius and Arthur warband, take a look at Picts. Along with the option of putting your warlord in a war chariot, you can upgrade 1 unit of 8 warriors to Attecotti.  If they are the attacker in melee, each figure generates 3 attack dice! They can double move into combat without taking a fatigue and while their nakedness makes them an armor of 3 to shooting and melee, their magical tattoos allow them to re-roll failed defense dice. Honestly, the Footsore figures are so lovely that's reason enough to paint Picts.  You can also use these figures with the Scotti, Scots, Irish and more. Score! 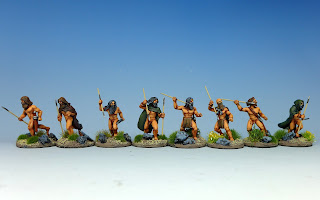 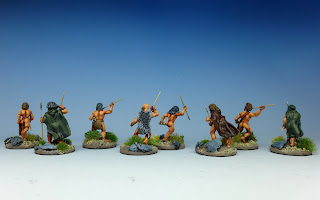 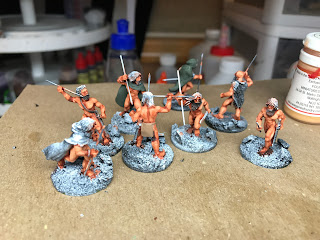 Last up is Sarissa Precision's Roman Villa, available on the Footsore webpage.  I figured I needed a nice mansion for the Governor overseeing my Romans.  This kit goes together with a minimum of fuss and effort.  Once done, I primed it leather brown and then airbrushed it up in a base and highlight color.  Quite a bit of bang for the buck! 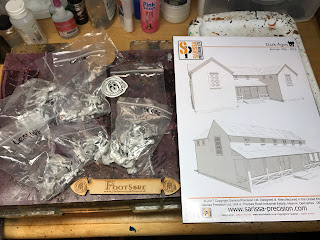 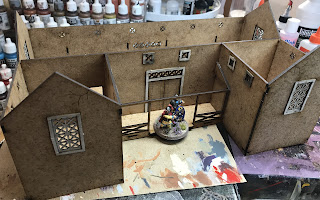 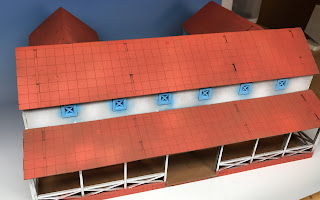 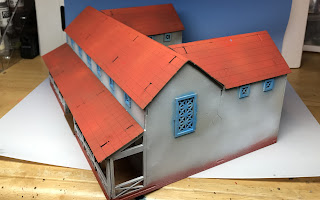 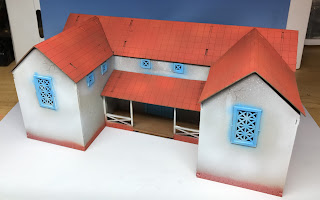 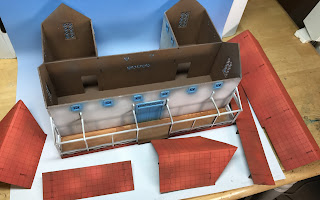