The Most Important Thing

Austin was my son's best friend and our next door neighbor's boy.  Austin's mom was a gym teacher and the epitome of the saying "Just win, baby!" She never missed an opportunity to tell strangers that she'd been on the women's bobsled team and she even had an Olympic torch to prove it!  It came as no surprise that Austin had his mom’s attitude on winning. 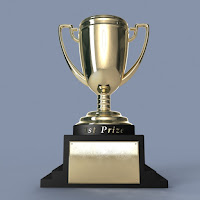 Flash forward 10 years.  In my first Field of Glory tournament, I brought my Carthaginian army and lost all my matches. Amongst my mistakes, I didn't bring or buy anything to eat that day, thus learning that Mountain Dew is no substitute for food. If my last opponent had offered me a bag of fries, I'd have gladly thrown the match. As it turned out, there was no need to bribe me into losing since I was capable of doing it naturally.  I went into the match with a headache and I couldn't concentrate, much less remember whose turn it was.  Another "L" but at least I learned the importance of packing peanut butter and jelly sandwiches.

I headed into my second tournament in the spring of 2011 with high hopes.  I was fielding my newly painted Gauls with 12 bases of cavalry and 12 bases of Light Chariot.  More importantly, I was also fielding 2 peanut butter and jelly sandwiches.  I read the rulebook and I practiced pushing Gauls to get a feel for them.  I was ready for a breakout performance. My first game started well but ended with my opponent squeaking out a victory with his Mid Republic Romans. In the second game, time ran out just as I was about to deliver a chariot charge to the rear of a Dominate Roman battlegroup. If I had broken them, it would have put me on top.  My third game was against the top player in our club. He sacked my camp on turn 2 with a light horse flank march and my morale burned to the ground along with my camp. The highlight of the match was when my opponent exited to the bar and returned with 2 beers.  12 ounces of domestic tap briefly lifted my spirits but even alcohol couldn't obscure that I had no answer for his 8 bases of archer-armed heavy chariots.  6 tournament games, 6 losses.

I was in a terrible funk.  What was the most important thing-winning or having fun? Is it possible to lose all the time and still have fun? I knew when I got home, my kids would ask "How’d you do dad? Did you win?"  On account of my upbringing, I wouldn’t be able to lie or even fudge the truth. I’d have to admit that I'd lost…again. When I told the story of how close I'd come to winning, that merely earned me an "oh, dad!" from my daughter.

I sulked for a long while.  Short of actually winning, nothing soothes the burn of a tournament flame-out like painting a new army.  I shelved my Gauls and started work on a Later Ottoman Turkish army with Janissary, firearms, Serbian Knights, a sultan and lots of beautiful light horse.  Could THIS be the army I’d been looking for?  Hope was rekindled as I researched the Ottoman Empire.  Hours were spent painting and prepping a more beautiful, mobile, shooty, and terrible army. This could be the army I'd been looking for.  This could be a WINNER!

And then I remembered, someone needs to sit down with my son and update our talk about the most important thing.  The only question is, would he be more receptive to hearing it from me or  his friend Austin?
Posted by Monty at 6:09 PM