The more I play SAGA, Dead Man's Hand, Chain of Command and Dux Brit, the less time I have for Field of Glory.  When our group does play FoG, it's for ancients only.  I realized my Later Ottoman Turks hadn't been on a tabletop since 2012 so, off to the market they went.

The Ottomans brought a commission to paint the  army into the Renaissance era. I'd always planned to do this myself but a lack of interest in FoG - Renaissance in the Twin Cities meant I never tried the rules and never made the leap.  Coming in 3 years after the original army was completed, these figures are the Renaissance era Ottomans I always wanted to paint.

The Janissary musketeers are all Mike's Models.  Possessing an Old School charm, I was uncertain how the figures would paint up.  It turns out they were quite nice to work with. It goes to show you can't judge a figure until you put some paint on it. 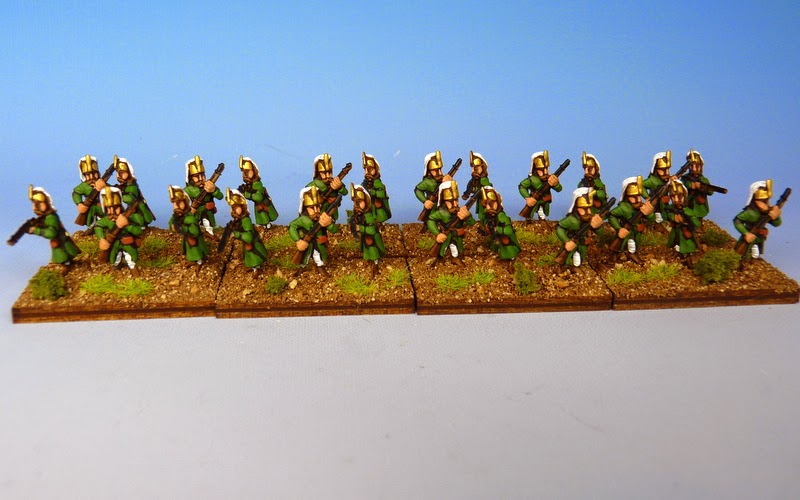 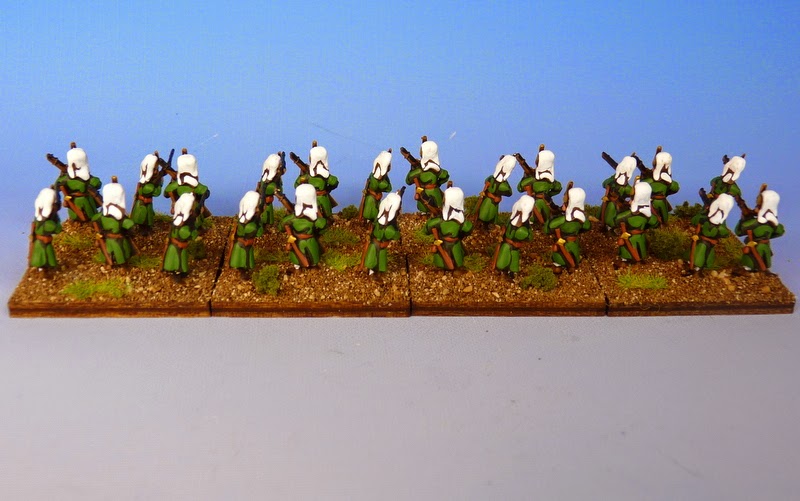 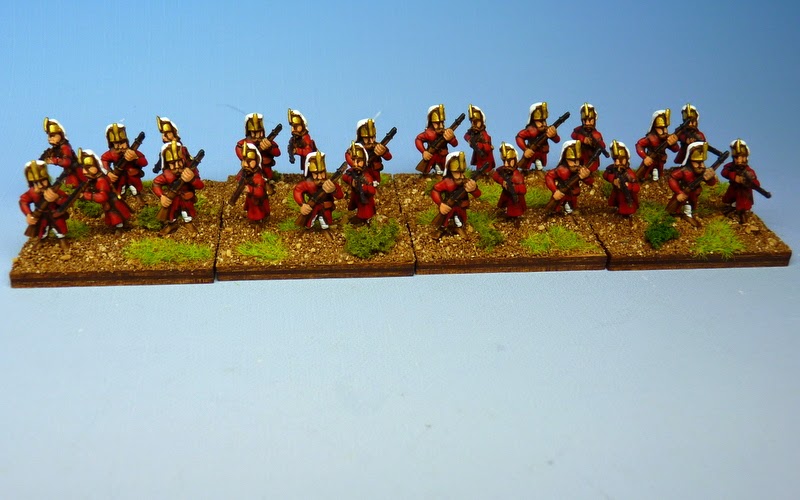 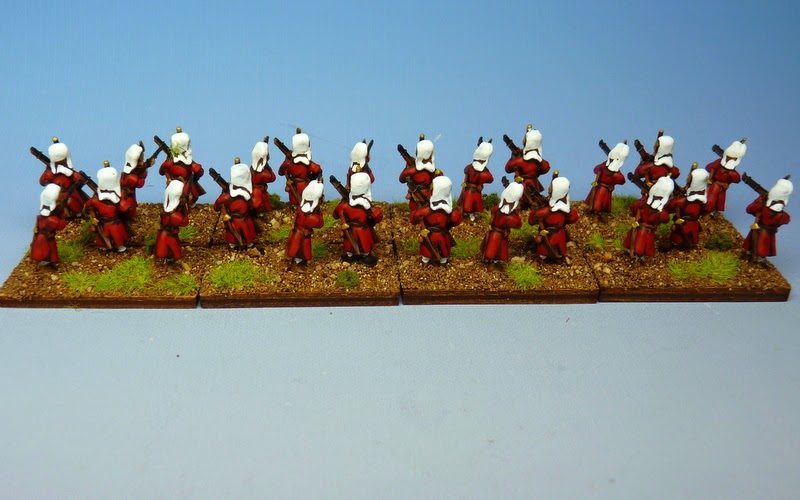 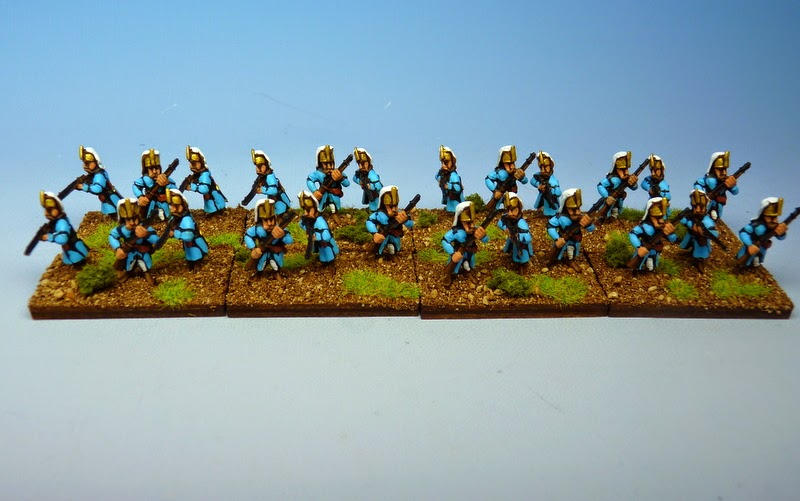 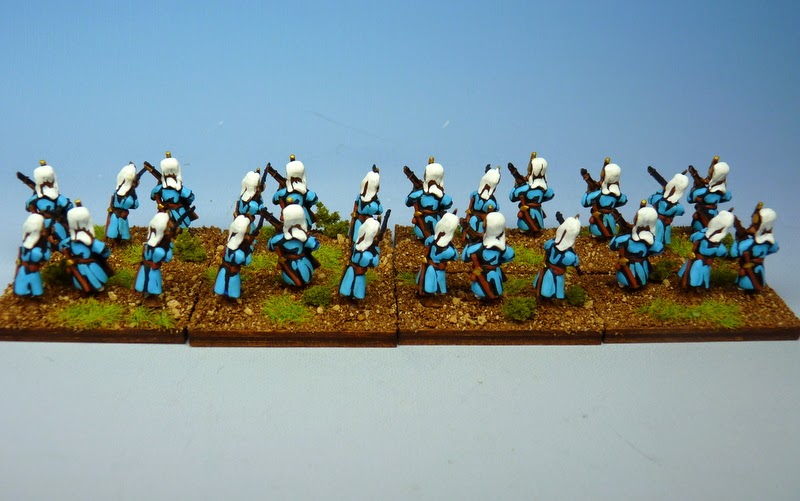 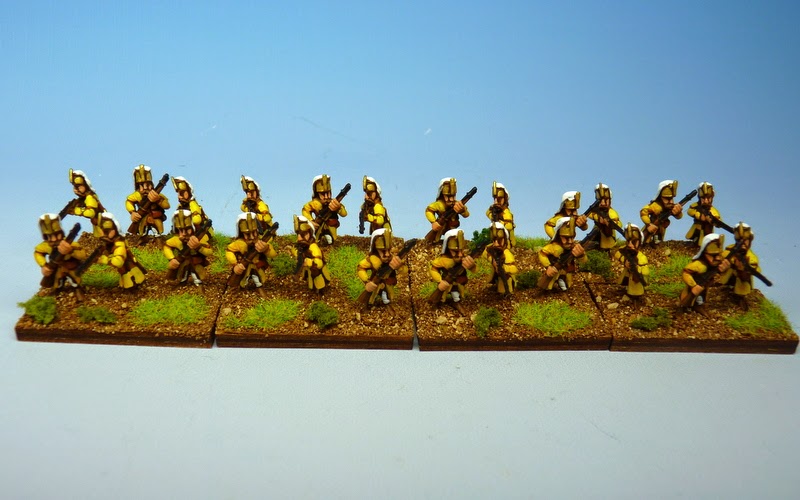 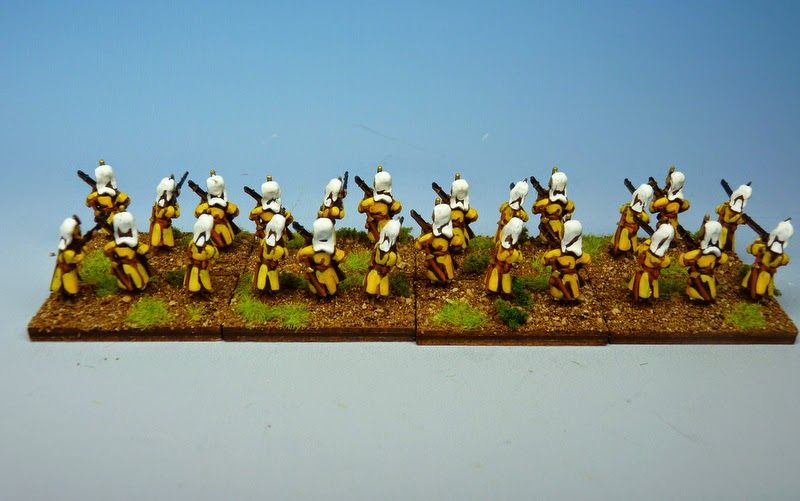 These Tufekcis musketeers are by Old Glory.  The variety of poses, uniforms and colors give them the irregular look I was aiming for. 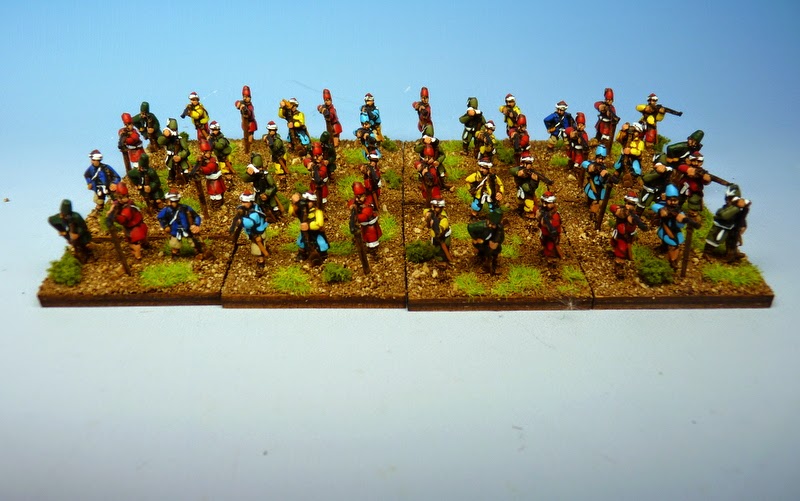 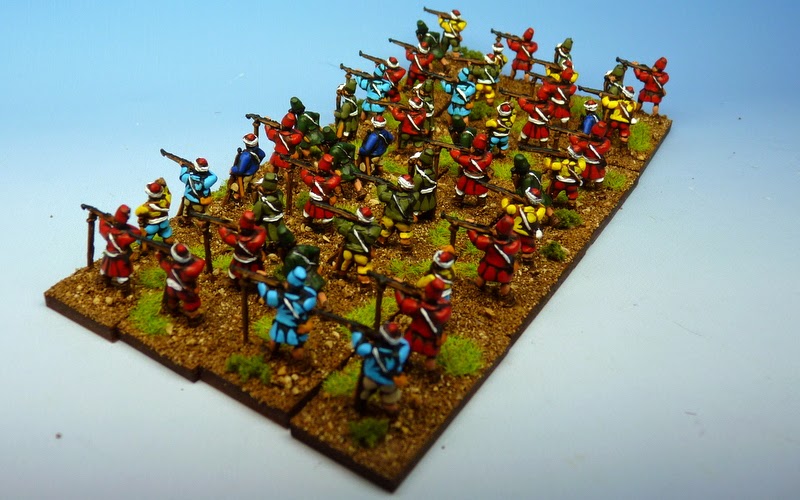 Azab bow are by Mike's Models. While painted as irregulars, I kept a tight palette to avoid the dreaded "clown army" look. 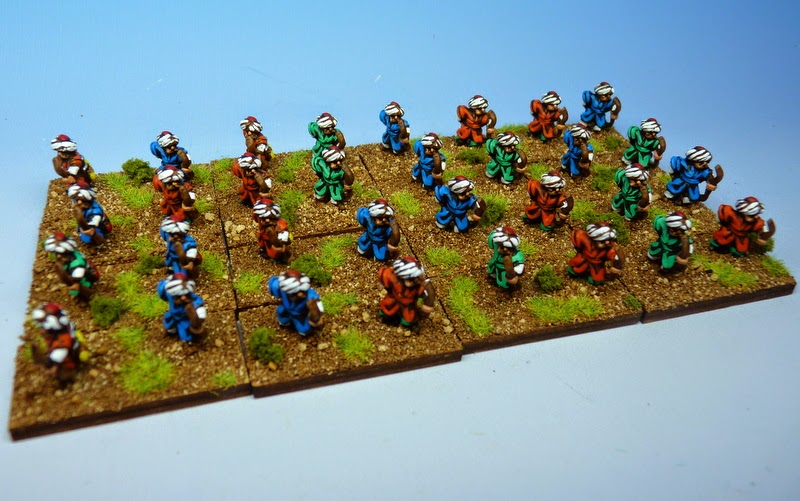 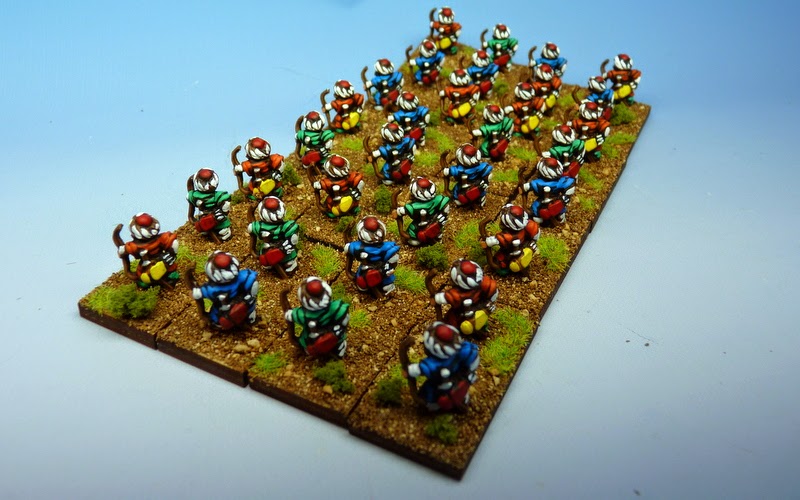 The Delis or "Mad-Head" cavalry are Mike's Models.  In Field of Glory, these fellows are tough! 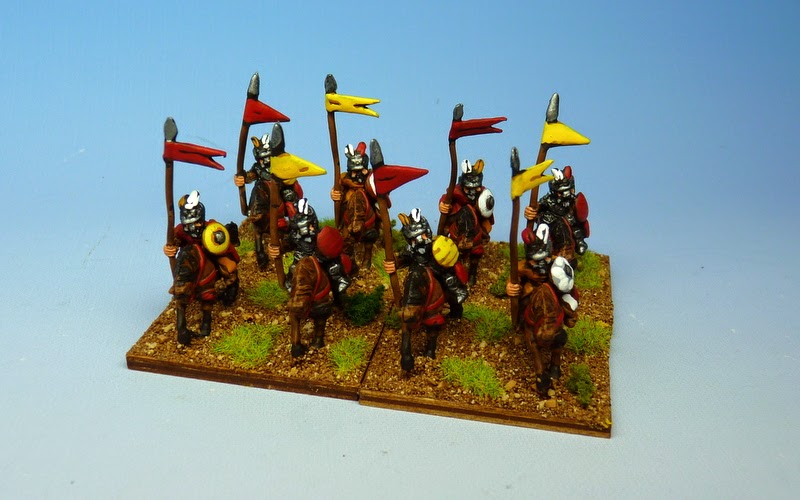 The Tufekcis cavalry are Mike's Models as well. 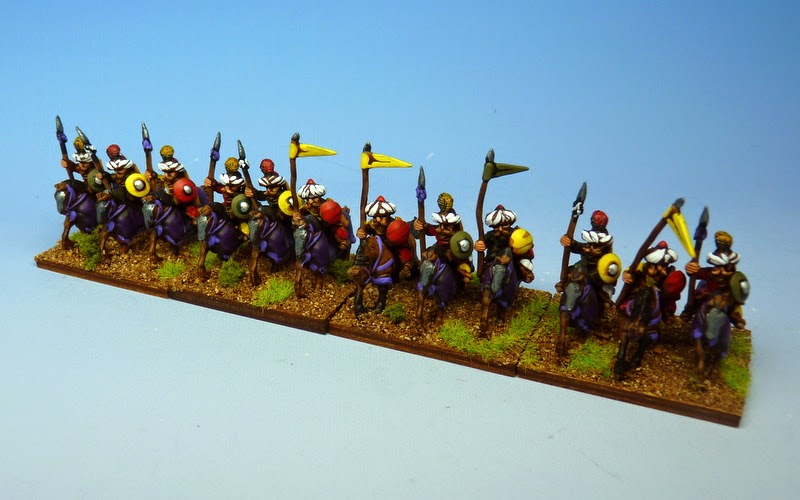 To round out the lot, I painted up a Serbian allied command stand and Azab handgunners. 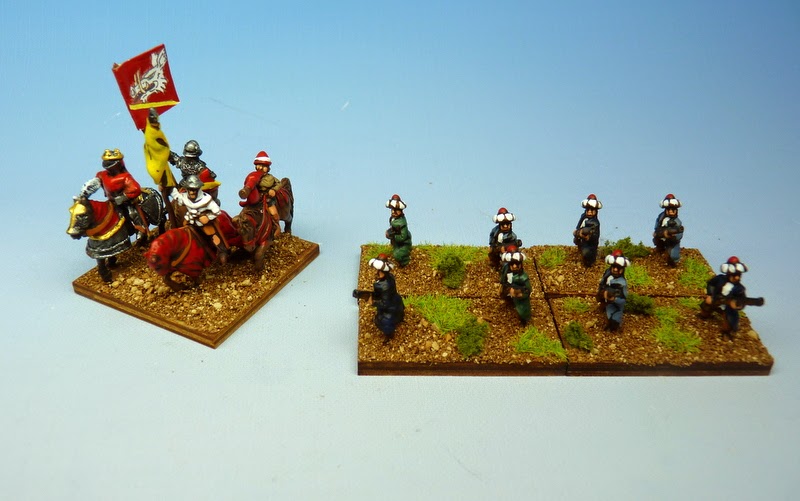 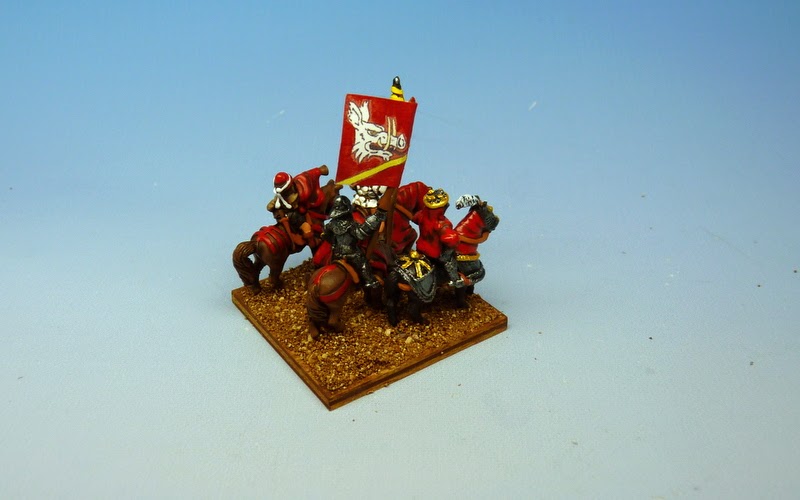 The new owner is an active FoG tournament player. The Ottomans will get to travel across the globe for games in the US and abroad.   That's quite a change up from sitting on the shelf for 2 years. Cheers and good luck with these lads, Dannie!
Posted by Monty at 4:24 PM