Pontic Phalangites in the battle of Chaeronea

White Shields:  Phalangites were the backbone of the Pontic army during the First Mithridatic war.  Plutarch reports that at the Battle of Chaeronea, Archelaus employed 15,000 freed Roman slaves in  phalanx.  The Romans jeered with rage when they realized they were facing former slaves and quickly waded in to get at the "real" soldiers on the battlefield. It was no easy task. The former slaves were boiling with hatred for the Romans and fought with tremendous courage.  The slaves knew they faced victory or crucifixion and they fought hard, forcing Sulla to reinforce Murena's position.  The Romans managed to get slingers and javelinmen into the rear of the phalangites.  They showered them with missile fire until they broke and ran. 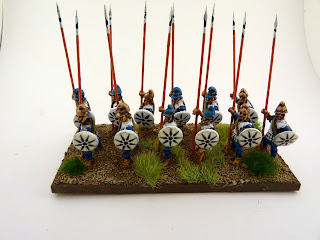 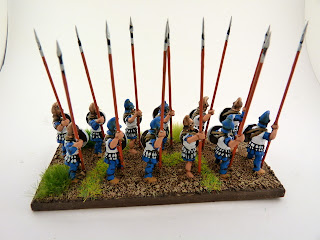 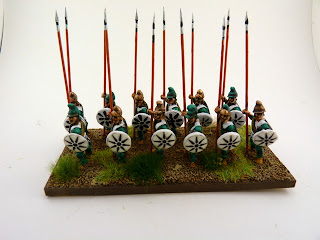 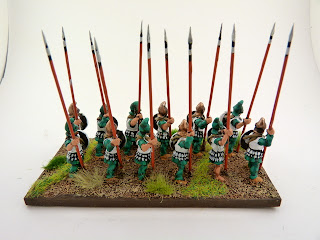 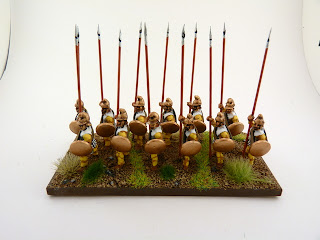 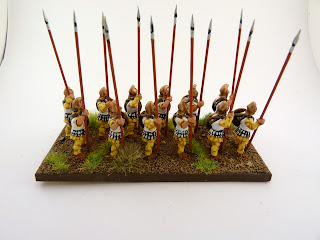 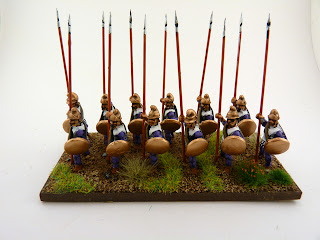 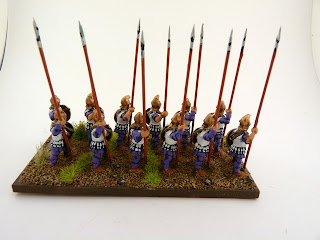 These 48 Xyston figures painted up fairly well and quickly.  As much as I'd like to field a Pike army in Field of Glory Ancients, the thought of  painting 200+ of these fellows makes me weak in the knees.  I'll circle back and paint up another stand for each unit so I can deploy them as "Large Units" in Impetus.
Posted by Monty at 4:23 PM