I'm back to playing ancients with the excellent L'Art de la Guerre rules. ADLG succeeds where Field of Glory (FoG) ancients stumbled.  ADLG creates a fun and decisive 2- 2.5 hour game with lighter figure requirement.  Needing half the figures of FoG, you can paint an army in half the time.  For my first ADLG army, I used Forged in Battle's superb War & Empire figures. They have 30 (!) ancient armies to choose from and many more coming.  FiB sells a Pontic army but I built mine using individual packs. Bonus, the Pontic starter army is 22% off for the month of June. 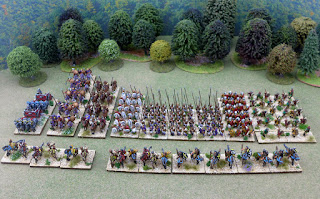 So how did the figures paint up? Using "Monty's Method" I finished them in just under two weeks. That's fast by even my standards and a big thumbs up to FiB.  I've used Old Glory 15s almost exclusively for the past 4 years.  With FiB deep bench, variety and crisp detail, I won't be going back to Old Glory. 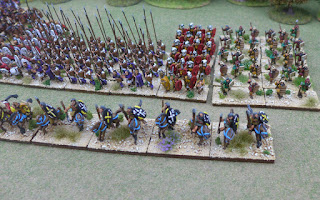 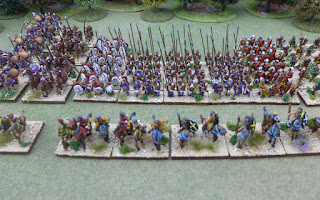 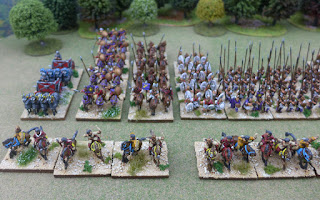 Scythed Chariots: (4-Horse Scythed Chariots - Later Seleucid pack)  These are my favorite models of the army. Nothing says "Company is coming!" like feather-crowned horses!  I'll be running two of these. 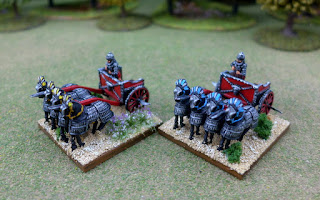 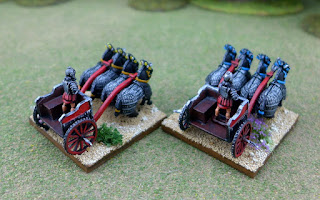 Sarmatian Heavy Cavalry:  (Rhoxolani Armored Lancers) In the ADLG Pontic list, you can run Sarmatian horse as Impetuous heavy cavalry or as mounted bowmen.  I should mention a single base of cavalry is a unit in the game.  The banner is a my interpretation of the comet Mithradates claimed he was born under. 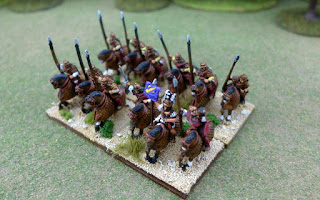 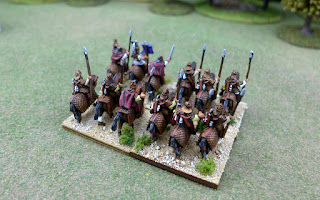 Sarmatian Light and Medium bow cavalry:  (Light Cavalry-Sarmatian) While less spectacular than their brass covered brethren, these horse archers are just what I need to "Shoot and Scoot". 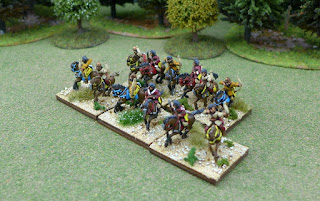 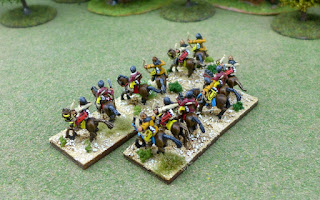 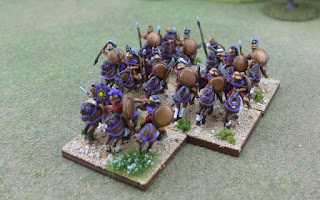 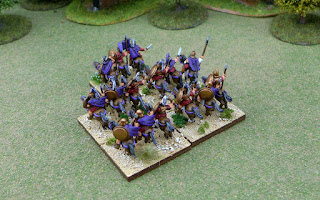 Javelinmen and Light Javelinmen:  (Skythian Skirmishers) Mandatory in my Pontic list, I'm a bit nervous about how they'll hold up in melee. 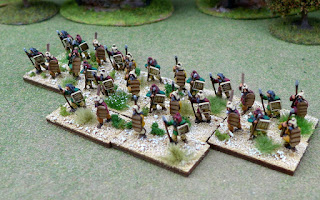 Light Cavalry with Javelin:(Militia light cavalry) Mandatory and about as good as the javelinmen. 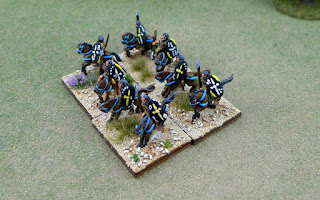 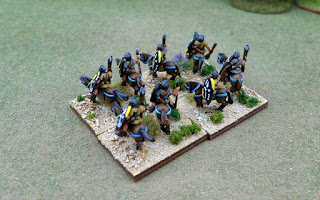 Imitation Legionaries:  (Roman Argyraspides Infantry) After seeing his imitation legionaries beaten to a pulp by the real deal, Mithridates was heard to say "Accept no substitutes!" 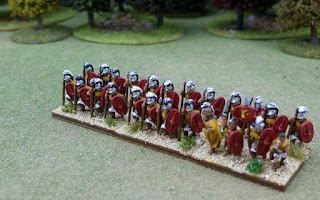 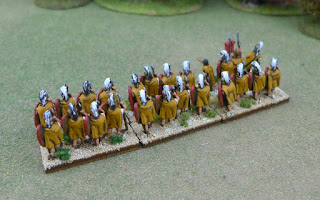 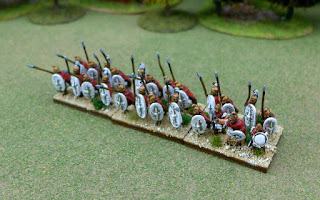 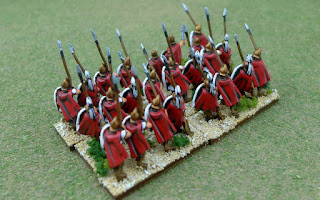 Pikemen: (Successor Asiatic Phalangites pack)  No need to drill  the hands out, I simply glued my metal spears (sold separately) into the hands and done! 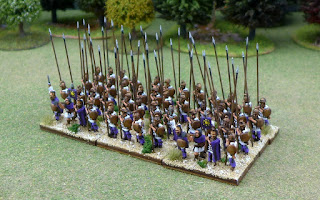 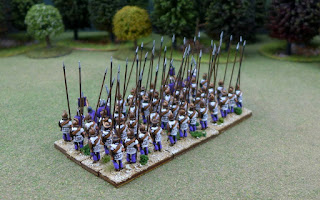 The Pontics are the Swiss army knife of 88 BC with loads and loads of options! I'm already thinking about adding Galatians and some Thracians with 2 handed weapons.

King Mithridates of Pontus is one of my favorite "enemies of Rome."  Pontus was situated in what is now northern Turkey.  As King of Pontus, Mithridates styled himself after Alexander the Great and even acquired his cloak.  Mithridates expansionist policies put him on a collision course with Rome.  In his first campaign, he seized much of what is now modern-day Turkey and Greece.  He orchestrated the massacre of 80,000 Roman citizens throughout Asia minor in a single day to collectively throw off the Roman yoke.  When war came, Marius and Sulla each vied for the opportunity to lead legions to conquer and plunder the vast riches of the Pontic kingdom.

While Mithridates ultimately failed to beat Rome, it wasn't for a lack of effort or imagination.  In his first campaign, he reintroduced scythed chariots to the battlefield, something not seen for a generation or two.  In his second campaign, he employed  Roman ex-pats to reform and retrain his army to fight in the Romans style, thus introducing the Imitation Legionaries. He also started leading from the front.  In his third campaign, he utilized asymmetrical hit and run guerrilla warfare.  For a man who was repeatedly at war with Rome, he managed to live long enough to die old.
Posted by Monty at 5:21 PM